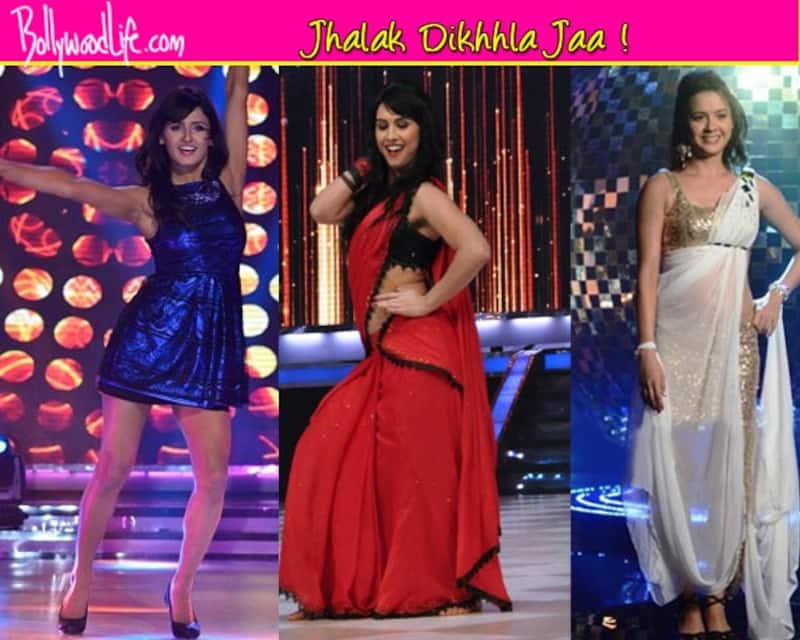 Judged by Madhuri Dixit Nene, Karan Johar and Remo D'Souza's popular dance reality show has managed to stay in news thanks to controversies. While the judge's have been accused of bias and favouritism, there have been contestants who clearly didn't deserve to be in the competition. Shakti Mohan, Lauren Gottlieb and Isha Sherwani are three participants who were a misfit in the list of participants. Here's why... Also Read - Alia Bhatt Baby Shower: Mom-to-be stunned in yellow while Ranbir Kapoor rocked in pink; check out INSIDE PICS [VIDEO]

Seasoned dancers: The show clearly has a mix of contenders sportsmen, small screen actors, failed Bollywood stars and item girls. However roping in trained dancers isn't fair, is it? While we all know that Shakti Mohan in Jhalak Dikhhla Jaa 7 was the winner of dance reality show Dance India Dance, bagged her first Bollywood project all thanks to her dancing prowess. Lauren too is a contemporary dancer from the US, who took part in So You Think You Can Dance and was the third runner up on the show. She even went on to bag judge Remo's directorial debut film ABCD (Anybody Can Dance). Isha too is a trained Indian contemporary dancer, who's dance got her a ticket to Bollywood. Also Read - Jhalak Dikhhla Jaa 10: Nia Sharma unhappy with Nishant Bhat's wild card entry in the show? Watch the viral video

Unjust competitors: The fact that all these three gorgeous women are seasoned and trained dance professionals makes them unjust competitors. This trio in each of the seasons proved to be the best amongst the lot. Now, is that really a surprise? Considering that the shows marks an improvement graph of the performers, these seasoned dancers make the competition unjust. Also Read - Why Aryan Khan royally ignored Ananya Panday at a recent event: The REAL reason revealed [Exclusive]

Not a star: Considering that this is as much a popularity contest as a dancing show, all these three ladies ranked low on popularity chart. So, while they might have bagged thumbs up from the celebrity judges and their perfect 30, the fact that they were almost unknown to the viewers was an obvious reason that Lauren didn't win the show. As for Isha she volunteered out after an injury. We wonder if a fabulous dancer like Shakti too will be out of the show with a popular TV star like Ashish Sharma or someone else taking the coveted trophy home this season.

What say BollywoodLifers, do you agree that these three beautiful dancers didn't deserve to be on Jhalak?