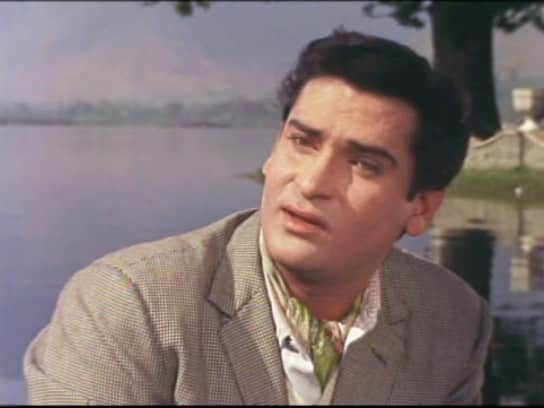 Shammi Kapoor, who had been suffering from chronic renal failure, passed away at 5.15am on Sunday in a Mumbai hospital. He was 79 years old. Shammi had been on dialysis for the past few years, but his condition had further deteriorated in the past week and he had been placed on ventilator support. Also Read - Hema Malini: Rajesh Khanna thought I was arrogant while I thought that he was too full of himself

Shamsher 'Shammi' Raj Kapoor started his film career in 1948, as a junior artiste, making a salary of Rs 150 a month. At the time, he was already part of his father Prithviraj Kapoor’s theatrical company, Prithvi Theatres. In 1953, he made his debut as an actor with Jeevan Jyoti, co-starring Chand Usmani and directed by Mahesh Kaul. Though he wanted to be a serious actor, the audience wanted something else from him – a something else that he delivered in spades with Nasir Husain’s Tumsa Nahin Dekha in 1957, co-starring Ameeta. Dil Deke Dekho (1959) with Asha Parekh established Shammi’s new image, as a stylish, Westernised, light-hearted playboy, an image that fit his tall, athletic, lively, fair complexioned, green-eyed handsomeness perfectly. Junglee with Saira Banu in 1961 cemented that picture of the actor in Hindi films. Teesri Manzil, Professor, Char Dil Char Rahen, Raat Ke Raahi, Dil Tera Diwana, Pyar Kiya To Darna Kya, China Town, Kashmir Ki Kali, Bluff Master, Janwar, Rajkumar and Bramhachari. But by the 1970s he had gained weight and that brought an end to his career as a romantic hero. One of his last roles as a dashing, debonair man-of-the-world was in Andaz, in 1971, but he continued working as a character actor in films like Zameer, Hero and Vidhaata. He made two films as a director - Manoranjan, in 1974 starring Zeenat Aman, Bandalbaaz in 1976, neither too successful. He made an appearance as an actor in the 2006 flop film, Sandwich, and had been shooting for Rockstar, directed by Imtiaz Ali and starring Ranbir Kapoor. Also Read - Four day film festival Mastana Shammi to commemorate Shammi Kapoor's greatest works