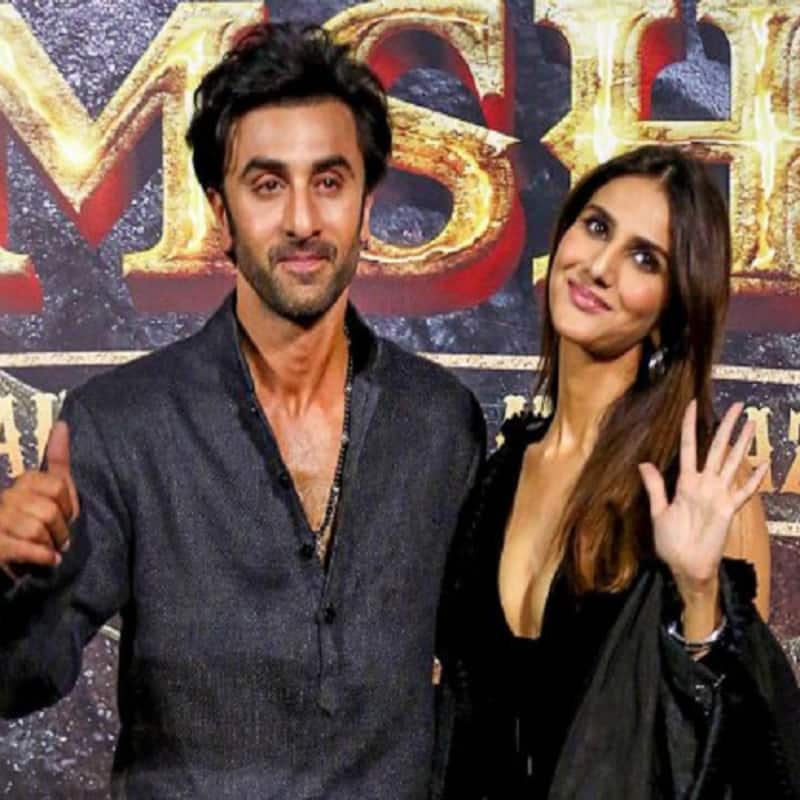 Shamshera's trailer left the viewers and Ranbir Kapoor's fans spellbound. Along with Ranbir and Sanjay Dutt, there is one more person who is a significant part of the film and she is the leading lady- Vaani Kapoor The actress who looked stunning in the trailer is in awe of her co-star Ranbir and cannot stop raving about him. Vaani who proved her mettle as an actor with her very first film Shudh Desi Romance along with Sushant Singh Rajput will be slaying once again onscreen and this time she is opposite Ranbir Kapoor. Calling him her personal favourite she spoke about her character Sona in the film. Also Read - Koffee With Karan 7: Vicky Kaushal-Sidharth Malhotra, Aamir Khan-Kareena Kapoor and more – which was the least entertaining episode so far? VOTE NOW

In an interaction with the media, she said, " Sona has strong willpower, she’s confident, a go-getter yet has her emotional vulnerabilities. She’s one of the most refreshing characters I have played on screen. I am teaming up with Ranbir Kapoor – a powerhouse of talent. He’s truly a very special actor and my personal favourite." Also Read - Karan Mehra-Nisha Rawal marital saga: After BFF Rohit Verma's interview, fans comment that their divorce should be televised like Johnny Depp-Amber Heard

Talking about the film Shamshera and her character, Vaani further revealed, " I play the character of Sona, the most sought after travelling performer of India in the 1800s. I have always chosen roles where my character pivots the script in a certain direction and in Shamshera too, Sona plays an important role in building the narrative. I am thankful to Karan Malhotra for seeing me in this role. He held my hand at every step of the way and guided me to bring Sona to life." Also Read - BTS Photo Folio: After Jungkook, Kim Namjoon aka RM's preview wows ARMY; Bangtan leader's concept of entirety is as profound as him

The trailer of Shamshera leaves you gripped and intrigued at the same time to know what is going to happen next. Sanjay Dutt as the deadliest villain will make you hate him to the core. Shamshera is one of the most ambitious projects of Yash Raj Films. Ranbir too has left no stone unturned to bring life to Shamshera and only by the trailer you can say the actor is killing it and how.