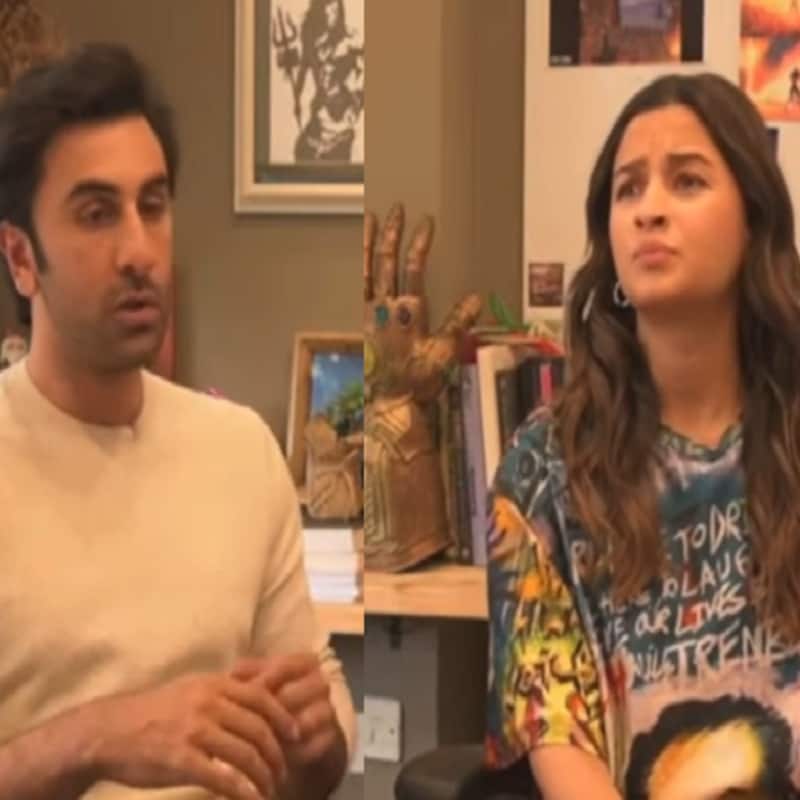 Ranbir Kapoor once again faces social media trolling and this time for making a joke about the weight gain of his pregnant wife Alia Bhatt. Right now one video of the couple along with Brahmastra director Ayan Mukerji is doing the rounds where RK is seen mocking wife Alia Bhatt's weight gain. After Ranbir Kapoor, you see Alia Bhatt talking about why they are not promoting the film largely and not phailoed (spread) all over. Alia says, " Hum log karenge, we will be everywhere, the question is why we are not phailoed and marketing the film everywhere", to which Ranbir interrupts and cracks a joke." Well, I can see somebody has phailoed, this joke of the Shamshera star leaves Alia stunned for a second and soon he rubs her back saying that it was a joke and says she has phailoed cutely. Also Read - Angad Bedi has a beautiful advice for newlyweds Vicky Kaushal-Katrina Kaif, Alia Bhatt-Ranbir Kapoor [Exclusive]

Ranbir Kapoor called insensitive for making a joke about the weight gain of his pregnant wife Alia Bhatt Also Read - Brahmastra: Alia Bhatt reveals THE ONE thing she loves about her husband Ranbir Kapoor

While the wifey took the joke with a pinch of a salt, but netizens aren't sparing Ranbir as Alia Bhatt did, and they have been slamming him for being insensitive. Many are calling the Brahmastra actor insensitive. One user on Reddit wrote, " Err, yeah. OK. Honestly, I don't want to nitpick and criticise Ranbir and Alia every time but main kya karoon. Ranbir, why'd you need to say that phailoed comment on air? Like she has body image issues, she's heavily pregnant, leave her alone". Another user slammed RK again for his insensitivity, " That phailoed comment could have been avoided, poor attempt at a joke but husband-wife hain to chalta hai.". Also Read - Brahmastra: Ayan Mukerji promises to make part 2 with better dialogues after trolling; says, 'It is a very very big challenge...' 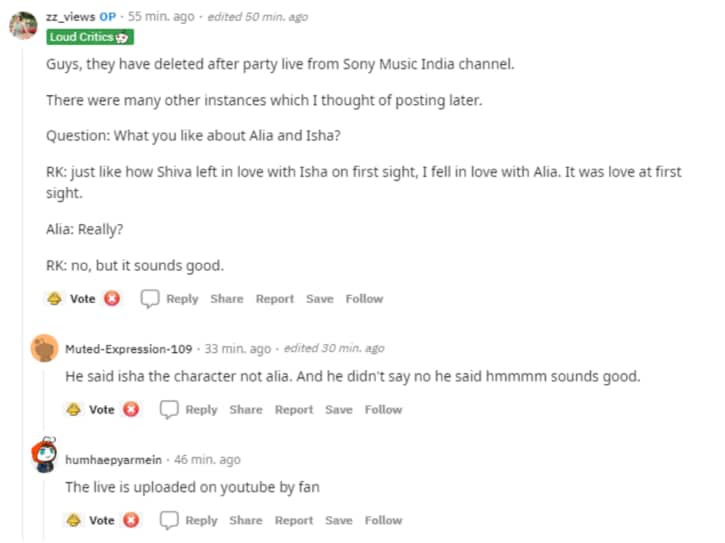 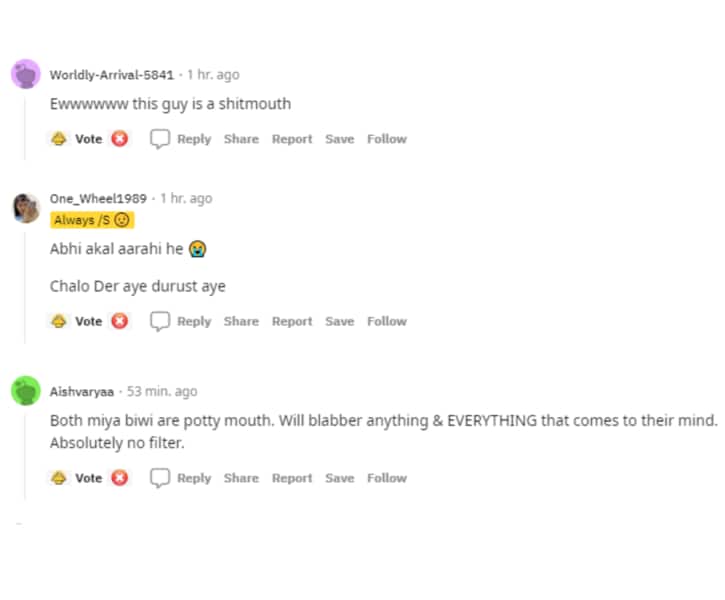 Just a while ago, Ranbir was picked upon for his insensitive joke on Anushka Sharma for making fun of her mental health and claiming that how she needs a pill for even talking and that made his co-star call him a pathetic person. Before this, his comment of calling his wife Alia Bhatt' dal chawaal' too didn't go down well.