Shamshera Teaser: Ranbir Kapoor's dacoit avatar floors fans and how in the action-packed teaser of the period drama. This is how social media reacted on Twitter 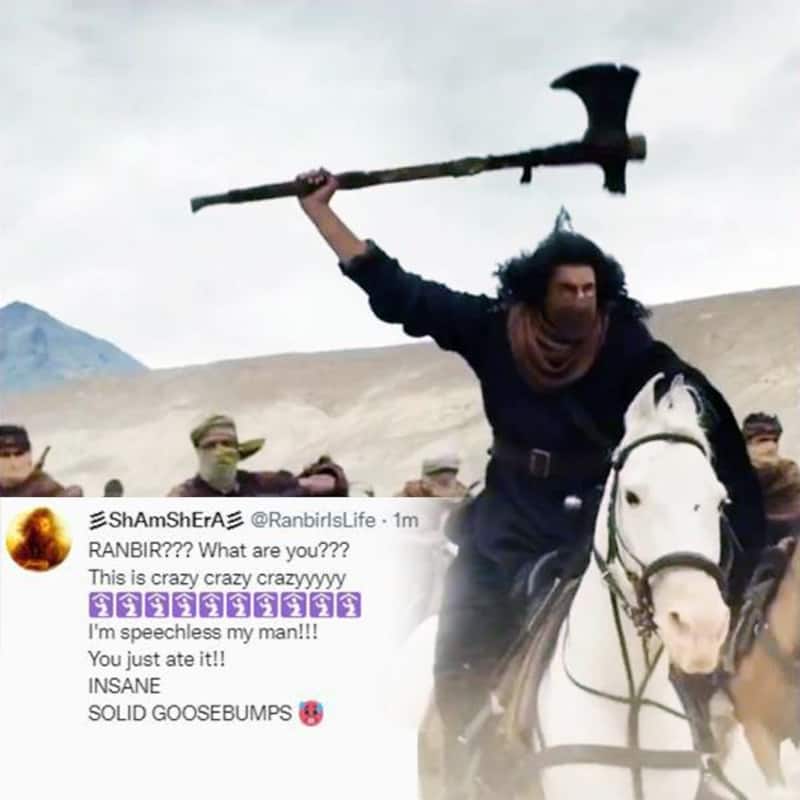 The teaser of Ranbir Kapoor-Sanjay Dutt's Shamshera is out. The trailer will be out on June 24, 2022. We know that Bollywood has a rich legacy of dacoit films, and Ranbir Kapoor's action entertainer takes us back to that period. In the film, he plays a slave who later becomes a rebel to snatch freedom from the oppressors. Sanjay Dutt is the main villain while Vaani Kapoor plays the female lead in the movie. The teaser of Shamshera is getting wonderful response on social media. Karan Malhotra is known for his direction and people are very impressed with what they have seen so far. The cinematography and BGM is also very impressive. Also Read - Trending Entertainment News Today: Shehnaaz Gill on being trolled for PDA with Salman Khan; Parineeti Chopra describes Priyanka Chopra-Nick Jonas' daughter Malti Marie

A man who became a slave, then a leader & then a legend. #ShamsheraTeaser #RanbirKapoor pic.twitter.com/qMoYg4I1hV

Ranbir Kapoor is back with Bang..What a kick-ass teaser. Loved it#ShamsheraTeaser @yrf

#Shamshera teaser out!
Do watch it and say 'Theen Guna lagaan'.
JK. Don't say that.

Shamshera will release on July 22, 2022. Ranbir Kapoor has an enviable line up of movies in 2022 with Brahmastra and Shamshera. Fans are saying that Bollywood's slump will be ended by Ranbir Kapoor. Also Read - Alia Bhatt, Allu Arjun, Kareena Kapoor, Karan Johar and more – London is filled with Bollywood and South stars; here's what they're up to