Shehnaaz Gill reveals Salman Khan motivates her a lot to keep moving ahead: 'He told me I can go...'

As Shehnaaz Gill is all set to make her big Bollywood debut with Salman Khan's upcoming film Kisi Ka Bhai Kisi Ki Jaan, she revealed that Salman motivates her a lot to keeping moving ahead in life. 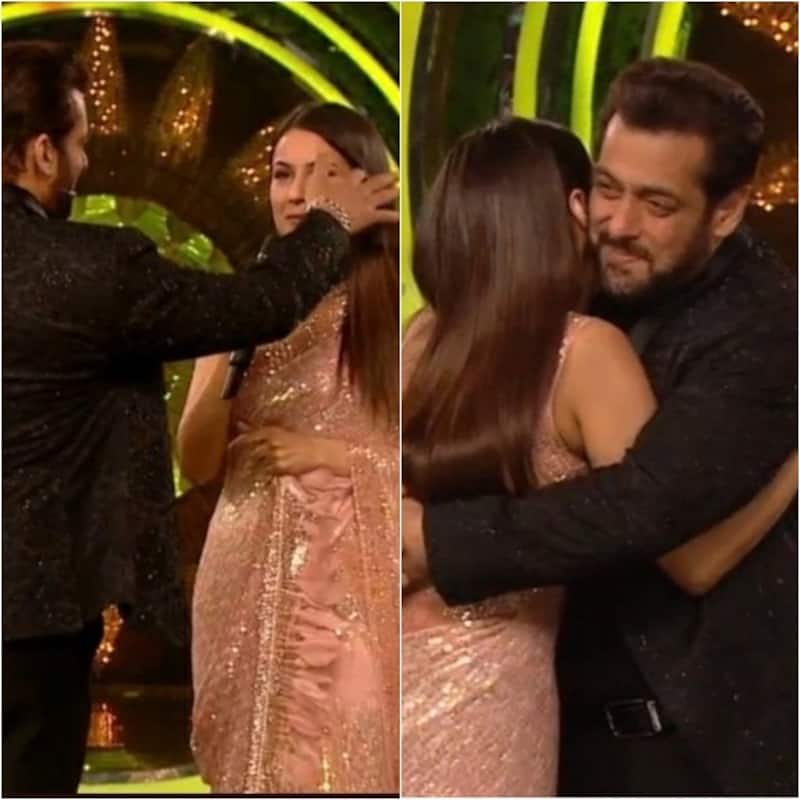 There's no secret that Shehnaaz Gill shares a special bond with Salman Khan ever since she appeared on Bigg Boss 13. She became Salman's favourite and the Dabangg Khan had even declared as the most unique contestant ever on the controversial reality show. As Shehnaaz is all set to make her big Bollywood debut with Salman's upcoming film Kisi Ka Bhai Kisi Ki Jaan, she revealed that Salman motivates her a lot to keeping moving ahead in life.

During her interview with Connect FM Canada, Shehnaaz said that one thing that she has learnt from Salman is to keep moving ahead in life no matter what happens. He told her that she can go really far in life if she works hard and motivates her a lot.

She said that when you live alone and come from a small town, you tend to grow as a person. She added that one must never stop growing and she keeps growing and learn from people around her. She said that everyone teaches you something. She feels that whoever she has crossed paths with, be it good or bad, has taught her something. They have taught her how to deal with situations and mentioned that she is strong enough to deal with situations.

A few months ago, Shehnaaz was brutally shamed for her behaviour with Salman at Arpita Khan Sharma's Eid party. She was seen hugging and kissing Salman. However, Shehnaaz remained unperturbed by the trolls and said that she doesn't need to explain what kind of equation they share as it is pure.

During the Bigg Boss 15 finale, Salman advised Shehnaaz to move on in life after Sidharth Shukla's death. Shehnaaz and Sidharth became very close to each other in Bigg Boss 13 and they fans monikered them with SidNaaz. She continues to keep Sidharth in her heart and mind and tries to make him proud.