Shehnaaz Gill was seen making a stunning entry at Giorgia Andriani's birthday bash. She literally stole the thunder from the birthday girl. She was also seen interacting with Arbaaz Khan at the party. 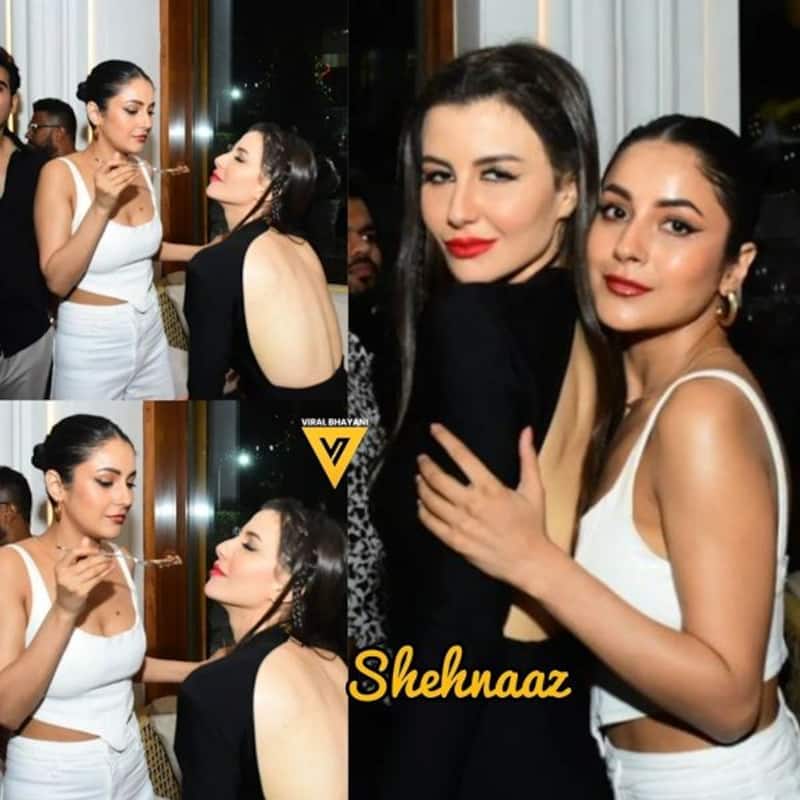 There's no prize for guessing that Shehnaaz Gill has now become a part of the Khan family. Earlier, we saw her sharing a great bond with Salman Khan at Baba Siddiqui's Iftar party. She was also seen interacting with Arbaaz Khan's girlfriend Giorgia Andriani at the bash. And now Shehnaaz was seen making a stunning entry at Giorgia's birthday bash. She literally stole the thunder from the birthday girl. Also Read - Trending TV News Today: Bigg Boss 16 delayed, Urfi Javed slams troll for Rakhi Sawant comparison, Kajal Pisal is the first wildcard of Khatron Ke Khiladi 12 and more

In a video shared by the paparazzi, Shehnaaz was seen getting mobbed by the shutterbugs when she arrived at the venue. Giorgia was busy cutting her birthday cake in front of the media. In another video, Shehnaaz was seen feeding Giorgia a piece of cake. She was also seen interacting with Arbaaz Khan. Also Read - Before the Uorfi Javed-Kashmera Shah controversy; Rubina Dilaik-Kavita Kaushik, Tejasswi Prakash-Shamita Shetty and THESE other TV actresses had ugly public spats

Later, Shehnaaz and Giorgia left together in the same car. As the paparazzi chased the car to click her pictures, Shehnaaz was seen showering all the love over her fans and called them the ARMY. In the video, Shehnaaz and Giorgia were seen having loads of fun together. It looks like Shehnaaz and Giorgia have become closest of friends in a short span of time. Also Read - Bigg Boss 16: Salman Khan's reality show postponed? Here's what we know

At the Eid bash, Shehnaaz's PDA with Salman Khan had grabbed all the attention. From kissing and hugging to asking Salman to escort her to her car, Shehnaaz's pictures and videos were all over the internet. She was also trolled by some people for the same.

On the work front, Shehnaaz has started shooting for Salman's upcoming film Kabhi Eid Kabhi Diwali. Apparently, Salman has offered Shehnaaz to choose her salary for her role in the film.