Shehnaaz Gill's video is linked to Salman Khan starrer Kabhi Eid Kabhi Diwali. Shehnaaz Gill was all decked up and leaving her vanity van. Fans are going gaga over her traditional avatar. Check out the video below: 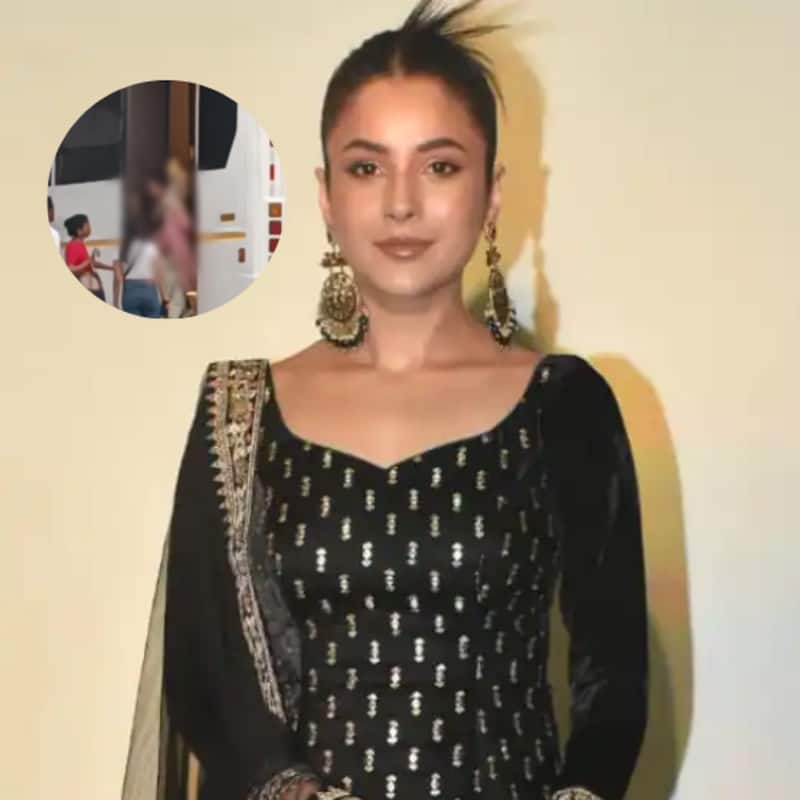 Shehnaaz Gill has been grabbing headlines for reportedly grabbing Salman Khan starrer Kabhi Eid Kabhi Diwali. And now, a video of the Bigg Boss 13 contestant has been going viral online which her fans believe is from the sets of Kabhi Eid Kabhi Diwali. The video is a blurry one and features Shehnaaz waking out of her vanity van, decked up and ready. For the shoot, Shehnaaz seemed to have donned a South India getup. Yes, you read that right. Also Read - From Shah Rukh Khan's Dunki to Alia Bhatt's Heart of Stone: 5 leaked pictures of upcoming movies that kept social media buzzing

Shehnaaz Gill is seen wearing something on the lines of a half-saree. She has tied her hair in a braid and also has gajra adorned over them. Though the video is not clear, she does look pretty in indeed. Fans are assuming and trying to dig up info on Shehnaaz Gill's video, wondering if it is from Kabhi Eid Kabhi Diwali. An official announcement of Shehnaaz joining the cast of Kabhi Eid Kabhi Diwali hasn't been made yet. Check out the video here: Also Read - BTS: Desi Bangtan ARMYs stream Bad Decisions like crazy; India takes the second position after the US on YouTube numbers

There are also some videos sharing the editing ones including Keerthy Suresh's decked up look from Mahesh Babu starrer Sarkaru Vaari Paata. Talking about Shehnaaz Gill in Kabhi Eid Kabhi Diwali, a report in India today said that Shehnaaz has been paired opposite Aayush Sharma in the movie. Also Read - Watcho App brings an exciting line-up for K-Drama fans with 34 Korean dramas dubbed in Hindi

Meanwhile, we had informed y'all that Salman Khan has asked Shehnaaz to give a figure for her remuneration for working in Kabhi Eid Kabhi Diwali. A source had informed BollywoodLife, "Everyone is aware that Salman Khan is very fond of Shehnaaz. She managed to win his heart with her first appearance in Bigg Boss 13. The only thing that Salman adores about Sana is her innocence and till date, she has been the same despite seeing the toughest phase of her life. When Salman Khan approached Sana to be a part of his film, he even allowed her to pick her fees. Yes! Shehnaaz Gill has not been quoted by the producers on much she will be paid, but he has given her the choice to pick the amount she finds fit."