Shehzada: Bhushan Kumar opens up on working with Kartik Aaryan; says ‘Actors should keep their fees as per film'

Shehzada is a Hindi remake of Ala Vaikunthapurramuloo and in the past, Kartik Aaryan was apparently worried when there were talks of the Hindi dubbed version releasing in theatres. 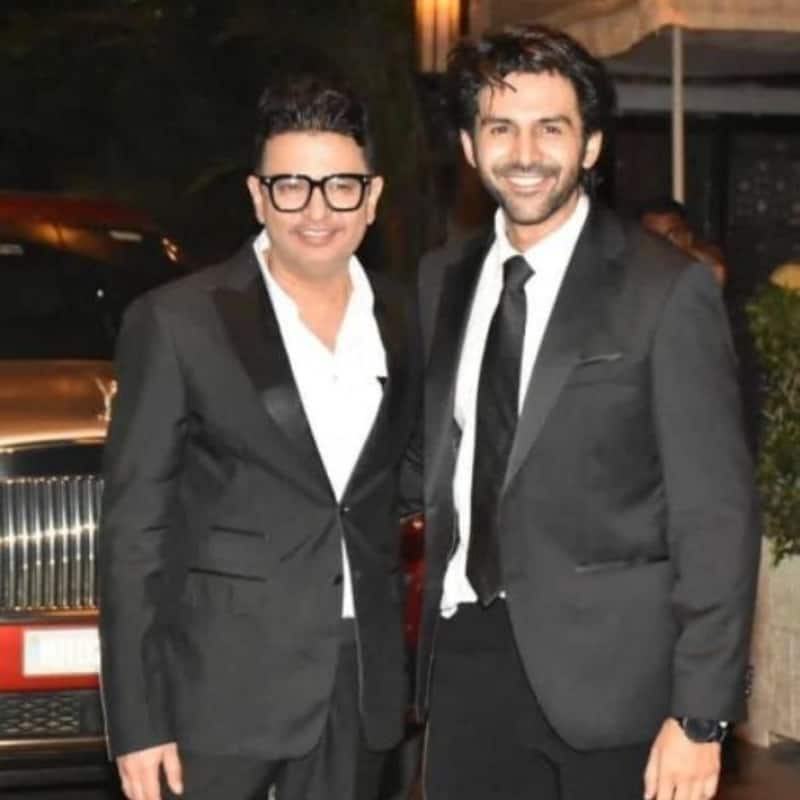 Kartik Aaryan starrer Shehzada has been in the news since a long time. In the past, there were reports stating that the Bhool Bhulaiyaa 2 actor had threatened to leave the film. The film is a Hindi remake of Ala Vaikunthapurramuloo and in the past, Kartik was apparently worried when there were talks of the Hindi dubbed version releasing in theatres. Now, producer Bhushan Kumar has opened up and has supported the actor. Also Read - BTS: Kim Taehyung turns Rooh Baba as ARMY edits the Bangtan Boys into Kartik Aaryan-Kiara Advani-Tabu's Bhool Bhulaiyaa 2 [Watch Video]

In an interview with Pinkvilla, he said, “Our next film is Shehzada, and we would want it to do better than Bhool Bhulaiyaa 2, but that isn't a benchmark, because the finances of that film are different. Kartik financially stood by us during the turbulent times and hats off to him.” Also Read - Koffee With Karan 7: Sara Ali Khan, Janhvi Kapoor took a dig at Kartik Aaryan? A lookback at Sonam Kapoor, Deepika Padukone mocking Ranbir Kapoor on the show

Bhushan added that today people want to see larger than life cinema and you need to put big money to make those films. He added that such films can't be made without support of the actors and to their credit a lot of them are doing it now. “For example, Kartik, he supported us a lot. This factor is very important for making a big budget film. Today, if the actor fee is more, we compromise on the budget," he said. Also Read - Koffee with Karan 7: Shah Rukh Khan, Salman Khan, Kangana Ranaut and more celebs who haven't confirmed but whom we'd love to see on Karan Johar's show

He went on to say that not every film needs to earn Rs 100 crore. He said that their film Pati Patni Aur Woh made 92 crore and was a super Hit. Giving the example of Kartik’s recent release Bhool Bhulaiyaa 2, he said that the film has done Rs 150 crore, but they would have been in a ‘happy space’ even at Rs 80 to 90 crore.

So, what are your thoughts on this? Do you think actors should change their fees according to the film? Tweet to us @bollywood_life and let us know.