Shehzada: Producer calls Kartik Aaryan 'extremely unprofessional', threatened to walk out if Allu Arjun's Ala Vaikunthapurramuloo was released in theatres

Calling Kartik Aaryan 'extremely unprofessional', Goldmines owner Manish Shah has revealed that Kartik had threatened to walk out of Shehzada if the Hindi dubbed version of Allu Arjun's Ala Vaikunthapurramuloo was released in theatres. 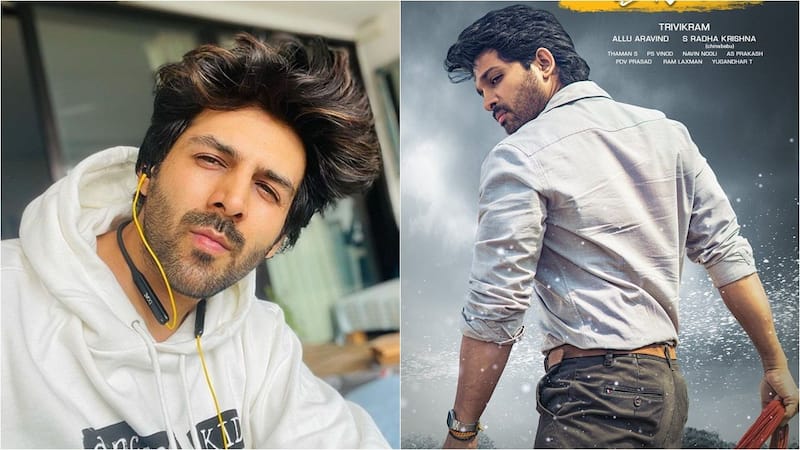 It seems like the history is repeating itself for Kartik Aaryan after his unfortunate fallout with Karan Johar over Dostana 2. In his new interview, Goldmines owner, Manish Shah, has revealed that Kartik had threatened to walk out of his film if the Hindi dubbed version of Allu Arjun's Ala Vaikunthapurramuloo was released in theatres. For the uninitiated, Shehzada is the Hindi remake of the original film Ala Vaikunthapurramuloo. Also Read - It’s AWKWARD! Disha Patani, Jackie Shroff and more celebs will take you on a laughter ride

"The makers of Shehzda were not keen to release the Hindi version in cinemas. Also, Kartik Aaryan said if the movie was released in theatres, he would walk out of the film, which would have caused Shehzada producers a loss of ₹40 crores. It was extremely unprofessional of him,” Manish told India Today. Also Read - Trending Entertainment News Today: Dia Mirza calls premarital sex 'personal choice post Alia Bhatt's pregnancy announcement; Akshay Kumar reacts to R Madhavan's indirect dig

He further added, "I have known Shehzada producers for 10 years. I cannot have people who are close to me losing ₹40 crores, so I dropped it. By doing this, I ended up losing ₹20 crores. I spent ₹2 crores only on dubbing. I wanted this film to be bigger than Pushpa: The Rise. If I do not release the film I lose money, so now I am releasing it on my channel. I would not have done anything for Kartik Aaryan, I only did this because of Allu Arvind. Why would I do this for a Bollywood hero? I don't know him." Also Read - Koffee with Karan 7 trailer: Did Sara Ali Khan just take a dig at Kartik Aaryan as everybody's ex with Janhvi Kapoor by her side?

The Hindi release of the Allu Arjun-starrer Telugu film Ala Vaikunthapurramuloo has been called off to make way for the release of the Kartik Aaryan-led Shehzada. "Manish Shah, promoter of Goldmines [Telefilms], along with the makers of 'Shehzada' have jointly decided to withdraw the theatrical release of 'Ala Vaikunthapurramuloo' Hindi version. 'Shehzada' makers are thankful to Manish Shah for agreeing to the same," read the statement. Goldmines Telefilms, incidentally, had picked up the Hindi rights of the Allu Arjun blockbuster, Pushpa: The Rise.

Ala Vaikunthapurramuloo, which also has Pooja Hegde and Tabu playing lead roles, was directed by Trivikram Srinivas, and produced by Allu Aravind. It follows the life of Allu Arjun's character, Bantu who is hated and neglected by his father. He later learns that he was swapped as an infant and his biological father is an affluent businessman.

Ala Vaikunthapurramuloo is the famous line from the fifteenth-century Telugu Vaishnava poet Bammera Pothana's mythological story Gajendra Mokshanam, where Lord Vishnu comes down to save Gajendra, the elephant king, from Makaram, a crocodile. The Telugu original, released in 2020, emerged as one the highest-grossing Indian films of that year.