Kartik Aaryan's video of traveling in an economy class has gone viral, and netizens can't stop praising him. Fans are calling him 'humble' and 'down to earth'. Read on to know more... 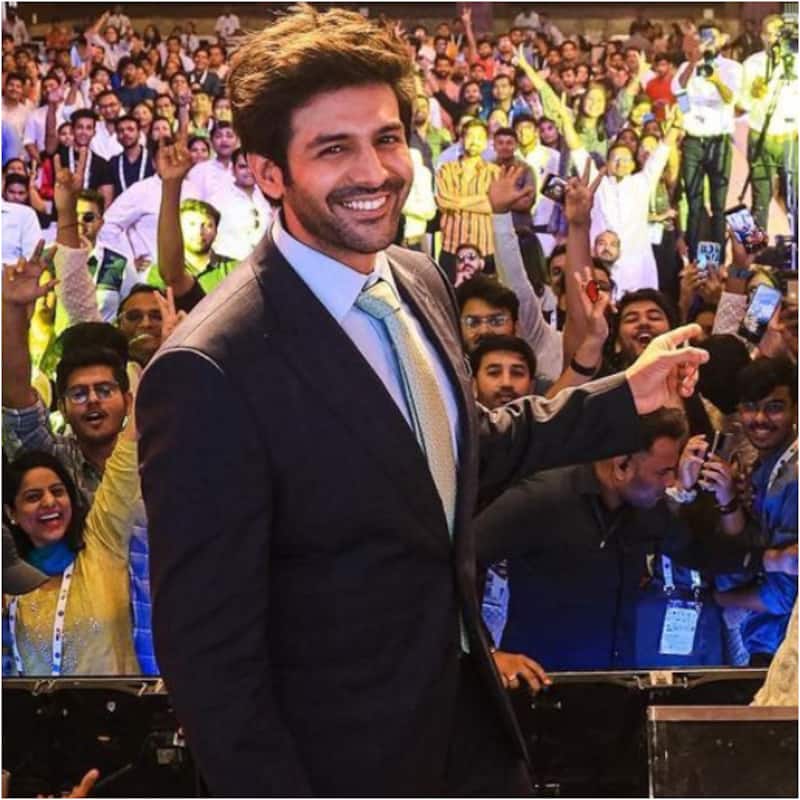 While many Bollywood celebs will prefer to travel in first class when they are flying, Kartik Aaryan is one actor who likes to travel in economy class. A few months ago, a picture of him traveling in the economy class of a plane had gone viral, and now, a video of the actor from the plane has gone viral in which he can be seen traveling in economy class. Not just that, in the video, Kartik is seen interacting with the co-passengers, and everyone claps for him and praises the actor for his performance. One of the co-passengers even calls him Best Actor, and Kartik is seen thanking everyone. Also Read - Tabu uses a face cream worth Rs 50,000 to look younger than her real age? Check her beauty secret

Kartik Aaryan travels in economy class; interacts with co-passengers – Check out the video below…

Kartik Aaryan's gesture is being loved by netizens and they are calling him the ‘most humble star in Bollywood’. Clearly, it was one of the best moments for Kartik. Also Read - Koffee With Karan 7: Was Ananya Panday dating Kartik Aaryan as well? Mom Bhavna Panday feels she looks the best with him

After the super success of Bhool Bhulaiyaa 2, Kartik has become a star now. While many big films starring superstars have failed to make a mark at the box office, Kartik got the audience back with BB2. Also Read - Shehzada actor Kartik Aaryan's gesture towards a young inconsolable fan at airport wins hearts; netizens compare him to Sushant Singh Rajput

Now, everyone is eagerly waiting for his upcoming movies. Kartik has many interesting films lined up like Freddy, Shehzada, and Satyaprem Ki Katha. Freddy will be getting an OTT, but it is not yet announced on which streaming platform it will be premiered and when. Meanwhile, Shehzada, which was slated to release in November this year, will now hit the big screens on 10th Feb 2023. Shehzada is a remake of Telugu film Ala Vaikunthapurramuloo which starred Allu Arjun in the lead role.

Satyaprem Ki Katha, which also stars Kiara Advani in the lead role, is slated to release on 29th June 2023.