Shekhar Kapur was against Sridevi winning a National Award - here's why 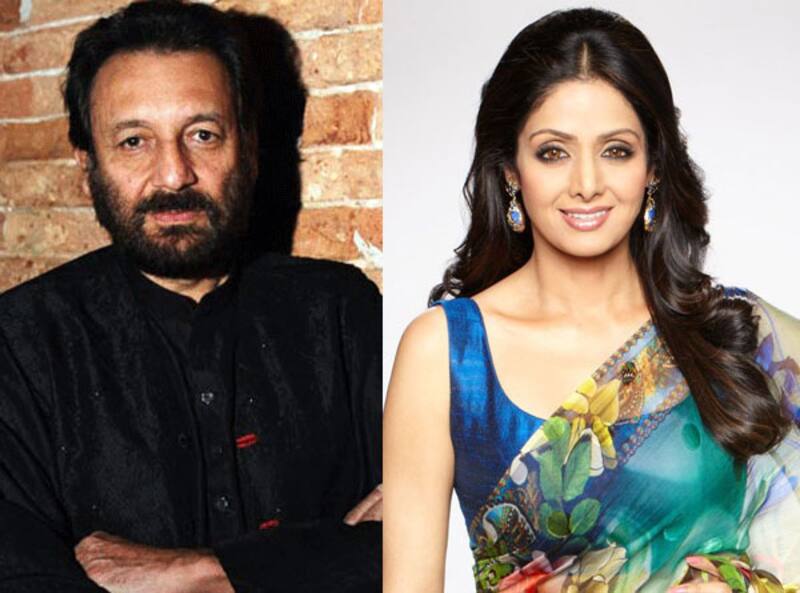 Sridevi was awarded in the Best Actor (female) category at the 65th National Awards that were announced today. The late actress was awarded for her stellar performance in the last year's released Mom and her family is overjoyed with this new honour. It was her 300th starring role in her illustrious career. She also has become the first actress in the history of National Film Awards to be given an award posthumously in that category. But guess noted filmmaker, Shekhar Kapur who directed Sridevi in Mr India wasn't too pleased with the actress bagging this award. ALSO READ: 65th National Film Awards full winners list: Sridevi named Best Actress for Mom, Vinod Khanna honoured with Dada Saheb Phalke Award Also Read - Karan Johar on being accused of leaking Sara Ali Khan, Ananya Panday and more celebs' relationship details without consent: 'They are okay with putting it out'

As per reports by Hindustan Times, when Shekhar Kapur announced Sridevi's name, he said, "The best actress is Sridevi for Mom and I promise you it is not my relationship with her. Every morning when I came here, I would ask everyone to vote once again. I would look at all the actors, talk about them and I would say, ‘there should be not Sridevi, not Sridevi’! We used take a vote and it always came back to Sridevi. It was me who fought that it shouldn’t be Sridevi. We are all emotionally involved with Sridevi. I used to say, ‘don’t give her an award because she died, it is unfair on the other girls’. They have also worked hard for 10-12 years, they too have a career." But guess her performance was definitely at par than others and she deserved an award for her career spanning so many years. Also Read: Divya Dutta on her National Award win: The actor in me feels alive again Also Read - Sridevi birth anniversary: Janhvi Kapoor shares an UNSEEN picture with the late actress; here’s a look at Good Luck Jerry star’s super cute childhood photos with her mom

However, soon after Sridevi won the award, her family issued a joint statement that read" We are overjoyed to know that the Jury has conferred the Best Actor Award to Sridevi for her performance in ‘MOM’. It’s a very special moment for all of us. She was always a perfectionist and it showed in all the 300 plus films she did. She was not just a Super Actor but a Super Wife and a Super Mom. Its time to celebrate her life and her achievements. She is not with us today but her legacy will always live on. Ravi Udayawar, director of MOM also responded to it by saying, "She deserves it. I’m really happy it’s a great news for me because it was our film. She had done a fabulous job. We all are missing her now." Also Read - Sridevi birth anniversary: Here's how the diva protected her daughters Janhvi Kapoor and Khushi before they entered the big bad world of Bollywood