Time and again we have seen actresses getting slut-shamed. The internet is ready to pounce on someone the minute they see a bold pic. Didn't we all see how Esha Gupta was treated after she posted a series of topless pictures on her Instagram? Or for that matter, even South actress Samantha Ruth Prabhu wasn't spared when she posted a hot damn pic wearing a bikini a couple of days back. So when Shibani Dandekar shared a topless pic, just to sum up her lazy Thursday, the internet yet again lost its calm and resorted to all the wrong adjectives to slam the beauty. From trashing her for being publicity hungry to lusting on her body, people wrote all sorts of rubbish in response to her post. Of course, we too were a little puzzled when we saw the pic for the first time because it had just a blurry visual of a topless Shibani lazying on the couch with a caption saying, "mid week slump #thursdayisthenewfriday shot by @rahuljhangiani styled by @khyatibusa ? @hm" but then demeaning is her really shameful! Many couldn't even get the reason why she mentioned the stylist's name when all that they get to see in the pic is a topless Shibani wearing just a pair of printed coloured pants. Also read: 9 sexy pictures of Shibani Dandekar that are too hot to handle Also Read - Inked in love: THESE Bollywood celebs got names of their partner tattooed on their bodies – view pics

Shibani is yet to give it back to the haters and all the slut shaming that's come her way but we really think every celebrity should block the comments section to avoid such negativity. Better to protect your dignity then allow people to criticize you for no reason whatsoever? Here, check out Shibani's post and the comments below: Also Read - Shibani Dandekar inks beau Farhan Akhtar's name on her neck on her birthday – view pic 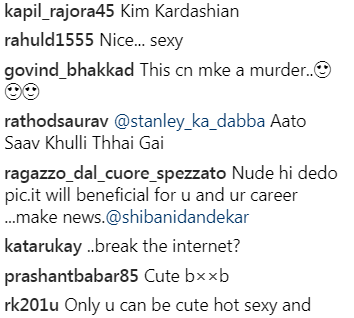 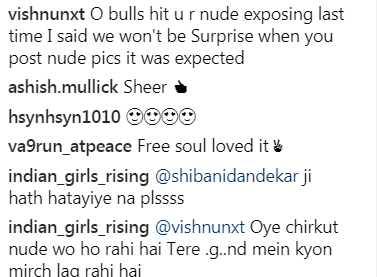 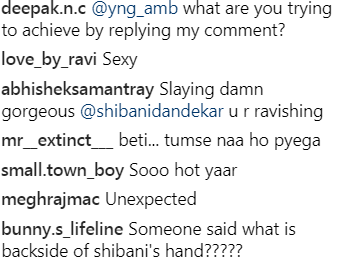 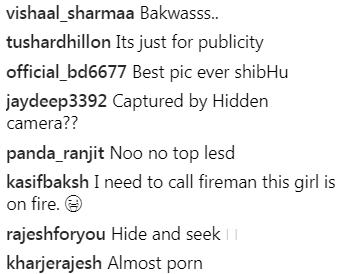 Shibani, who was last seen in Khatron Ke Khiladi 8, is one of the most beautiful women and is known for her fashionable outings. A sports and dance enthusiast, Shibani is blessed with a naturally curvaceous body. She is now seen on a modelling show on Colors Infinity.