It looks like another Bollywood film is on cards for Shilpa Shetty. The actress was spotted with a script at the airport.

Ever since Shilpa Shetty has made a comeback in the films with Hungama 2, there has been palpable excitement among the audience to watch more of her screen. While there hasn't been any official statement out in the media about her next project, there is a moment for fans to rejoice! Also Read - Bigg Boss 15: Shilpa Shetty participates in 'SHAMITA WINNING HEARTS' trend; reacts to sister’s dance with Pratik Sehajpal

The leading actress and wellness entrepreneur, Shilpa Shetty, was captured at the Mumbai Airport, donning casual attire. The star opted for a white high-neck top paired with a navy blue jacket and denim jeans. But what caught our attention was the script in her hands! Also Read - Bigg Boss 15 Weekend Ka Vaar Live Updates: ‘Teri maa stupid,’ Karan Kundrra tells Pratik Sehajpal as they get into a fight; Salman Khan confronts Tejasswi Prakash

From what it looks like, Shilpa Shetty is in the middle of reading a script. While we don't know yet what project is in the making, we sure are excited to learn it is in the process! According to a source, "The actress is looking for a challenging role for her next outing. Right now, Shilpa Shetty is busy reading a few projects and is taking time to lock a script but might soon make an announcement." Also Read - Raj Kundra RETURNS to Instagram with zero posts; not even following Shilpa Shetty and son Viaan 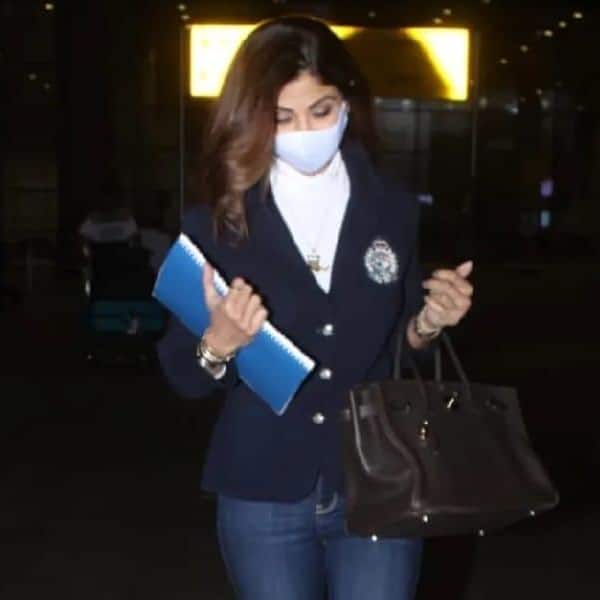