Shilpa Shetty, Raveena Tandon and Govinda bring back the '90s on the sets of Super Dancer - Watch video

it was reunion of once contemporaries Raveena Tandon and Shilpa Shetty 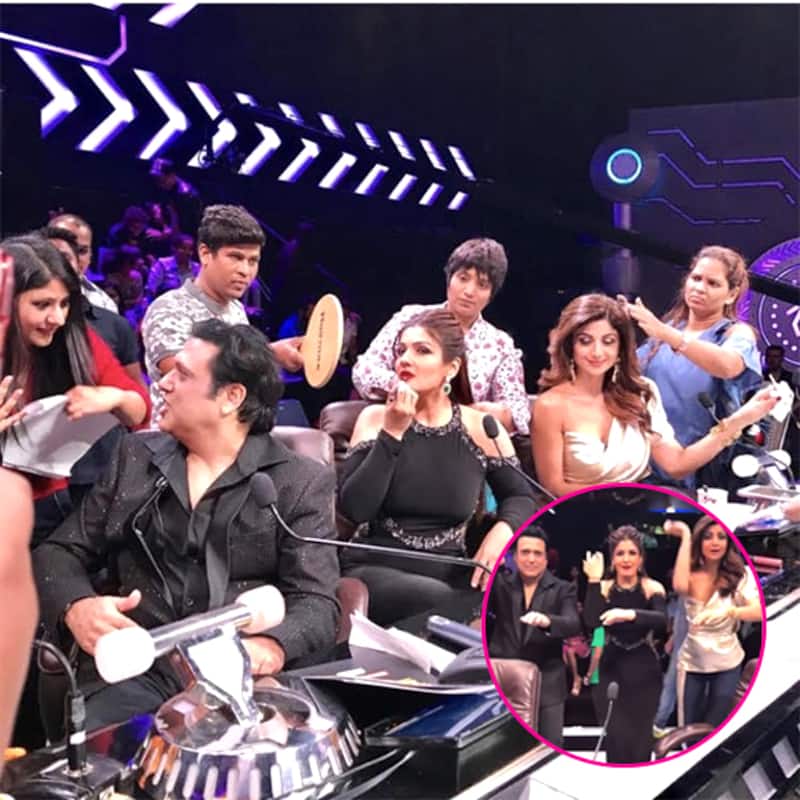 Shilpa Shetty is one of the judges on the dance reality show, Super Dancer. Now, given the fact that the theme of the episode was Jodi No 1, she invited her contemporaries - Govinda and Raveena Tandon on the sets of the show and it was a moment of pure nostalgia for everyone present. While the three of them had worked together in Pardesi Babu, Govinda had made for quite a hit pair with both Raveena and Shilpa, and their camaraderie was enough evidence of the level of comfort that they shared. Also Read - Shah Rukh Khan, Akshay Kumar, Kareena Kapoor Khan and more Bollywood celebs who believe in crazy superstitions

Given that it was a dance show, and all three of them were known to be great at it, they shook a leg to their popular numbers. Sharing the same on Instagram, Raveena offered us a glimpse of what to expect in the episode. Check out the video below... Also Read - Bigg Boss 16: From Amitabh Bachchan to Salman Khan; check how much fees the hosts from each season were paid

Also it was reunion of once contemporaries Raveena Tandon and Shilpa Shetty. Govinda and Raveena also gave a special performance on their hit number Aankhiyon Se Goli Maare. The theme of Super Dance was Jodi No 1 and Govinda and Raveena have been the Jodi no 1 of most of late '90s and early 2000s hits. They had done films like Bade Miyan Chote Miyan, Dulhe Raja, Aunty No 1, Raja ji, Ankhiyon Se Goli Maare, Anari No 1, and Sandwich.
While for Shilpa, Govinda always has always been special as she made her debut with him in Aag. So Shilpa and Govinda always bond over dance and the many films they did together. After Aag, Shilpa and Govinda worked together inn films like Chote Sarkar, Hathkadi, Gambler and Pardesi Babu.
While all three of them have stayed away from full-fledged roles in movies since a long time now, we keep catching glimpses of them in some film or the other and their songs are an all time favourite. Appearances in shows like this helps keep the nostalgia alive.
Also Read - Raj Kundra pornography case: Shilpa Shetty's husband pleads innocent in letter to CBI; says TRUTH will be out soon
Advertisement
Stay tuned to BollywoodLife for the latest scoops and updates from Bollywood, Hollywood, South, TV and Web-Series.
Click to join us on Facebook, Twitter, Youtube and Instagram.
Also follow us on Facebook Messenger for latest updates.
Advertisement