Diya Aur Baati Hum was the highest rated prime time show by Star Pus that ruled the TRP charts for almost two years. But the show is all set to go off air in September. The show will return with a fresh new look and feel with Season 2...

Apart from the Hate Story 3 actor, Sonu Sood also has been approached...

Once upon a time, Diya Aur Baati Hum was the highest rated prime time show by Star Pus that ruled the TRP charts for almost two years. But the show is all set to go off air in September. The show will return with a fresh new look and feel with Season 2. The show will return without the two leads - Sooraj and Sandhya played by Deepika Singh and Anas Rashid. A source exclusively told BollywoodLife that the makers have approached Bollywood actors to be a part of the show. Also Read - Diya Aur Baati Hum actor Anas Rashid blessed with a baby boy; names him Khabib Anas Rashid

Our source said," The makers have approached Sharman Joshi and Sonu Sood to play the lead while the lead girl will be a newcomer and if Sharman agrees, the team will start the pilot episode soon . While Deepika Singh and Anas Rashid will not be part of Diya Aur Baati Hum 2, the rest of the cast will be retained. Also Read - Anas Rashid and wife Heena Iqbal complete two years of togetherness - a glimpse of their lovey dovey moments

From the current show, the only characters will be retained that includes Bhabho ( Neelu Waghela ), Baba Sa (Ashok Lokhande ), Meena ( Kanika Maheshwari ) and Vikram ( Karan Godwani ) will be retained . In the new season Sooraj and Sandhya will be shown dead in the show and the story will take off from there. Also Read - Karishma Tanna, Neeti Mohan, Gautam Gulati - Here are the TV newsmakers of the week

Sources associated with the serial confirmed that the preparations for 'Diya Aur Baati Hum' Season 2 have already started and currently casting for the lead pair is on.The initial episodes will be shot in Kerala and the producers and channel are aiming to give a totally fresh feel and twist to the new season.

This time the makers want a rugged macho actor for the main lead s role who has done a film to add a celeb factor to the show . While for the female cast the auditions are on for a fresh face as it would be a character of a simple homely girl. 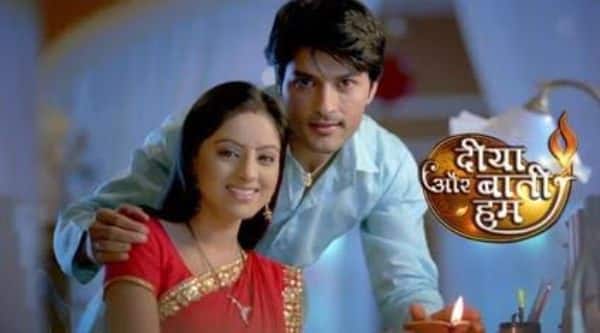 Currently the new season has been written by writer Shashi Mittal who also happens to be the producer for the show.
The last episode of Diya Aur Baati Hum will be aired in September and the show will be replaced by 'Naam Karan' which is Mahesh Bhatt's biopic.

Diya Aur Baati Hum started on August 29, 2011 and was one of the few progressive saas-bahu dramas where the lead actress rose against all odd after marriage and becomes an IPS officer. The story was loved for its unique concept of a illiterate husband who makes his wife a successful officer. The show's success made Deepika Singh an overnight sensation. Also this was instant fame for struggling actor Anas Rashid. This was the only show wherein all three Bollywood Khans Aamir, Shah Rukh and Salman made appearances. The show had its fair share of controversies wherein the lead pair had an ugly fight which made headlines.