SHOCKING! Troll accuses Amyra Dastur of inciting RAPE because of her hot shorts; actress SCHOOLS him in the best way possible

Unfortunately, like most celebs, Amyra Dastur, too, faced insensitive comments from a troll, who not only condemned her outfit but also resorted to some shocking rape remarks. However, the actress was quick to hit back with a stinging riposte.

Amyra Dastur recently hit back at a troll who made shocking rape remarks. After receiving encouraging reviews for her performance in the suspense thriller ‘Koi Jaane Na’, Amyra Dastur recently set a strong example on a popular social media platform by shutting down a disrespectful troll. Amyra participated in the ‘Don’t Rush’ Instagram reel challenge, which was been positively received by her fans and have over 5 million views. Check out a screenshot of Amtra Dastur's video below, which she had recorded in sexy hot shorts that looked nothing but stunning on her: Also Read - Amyra Dastur's hottest bikini looks that prove she's the ultimate beach bum – view pics 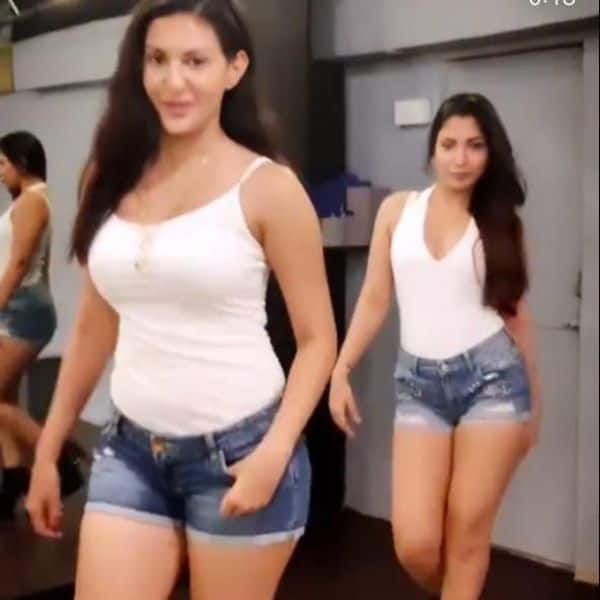 Unfortunately, like most celebs, Amyra, too, faced insensitive comments from a troll, who not only condemned her outfit but also resorted to some shocking rape remarks. The troll said, “This is why girls get raped because you don't know how to dress in public. You really don't need to wear really short shorts.” Also Read - Amyra Dastur looks ethereal in her bridal photoshoot - see stunning pics 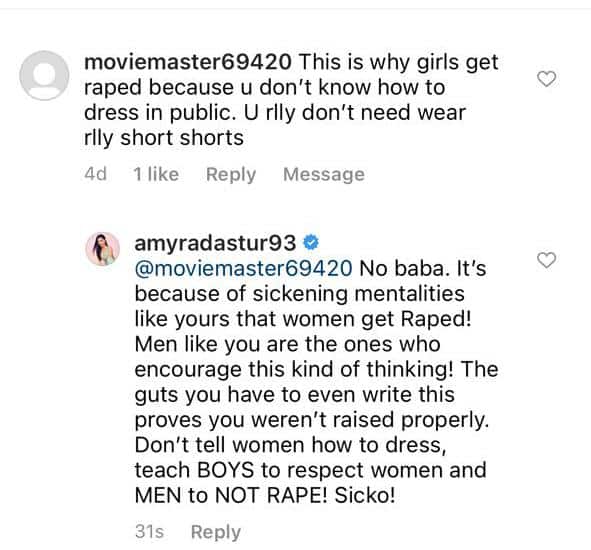 After the troll accused women of dressing inappropriately and hence being victimized to rape in his hate message, the young star was quick to hit back at the troll as she responded, “It’s because of sickening mentalities like yours that women get raped.” Amyra also went on to school the troll and passed on an empowering message adding, “Don’t teach women how to dress, teach BOYS to respect women and MEN to NOT RAPE”. Here;s the screenshot of their comments...

Well done, Amyra Dastur. On the work front, the actress will next be seen in the Tamil movies, Kadhalai Thedi Nithya Nandha and Bagheera, as also the web series, Dongri To Dubai.