Shraddha Kapoor and Arjun Kapoor's Half Girlfriend is all set to hit the screens on May 19, 2017....13 and a half weeks from now!

And Shraddha Kapoor and Arjun Kapoor's Half Girlfriend just got a lot more bigger with its huge association with the renowned Basketball league, NBA. Yes, Arjun Kapoor has tweeted a picture, announcing the release date of the film which is 13 and a half weeks from now. That's right...an unusual mention of 'half' in the release day but then, that's how even the film spells its title as 'Half' girlfriend, remember? Can't call this the new poster of Half Girlfriend but of course, an innovative way to announce the release day as it reads, "13 1/2 weeks to release. NBA, the world's top basketball league is an official partner for half girlfriend, a first for Hindi film. As the lead actors play basketball in college, NBA helped provide coaching and helped shoot the basketball portions for the film" Also read: Shraddha Kapoor posted an adorable picture with Arjun Kapoor to announce Half Girlfriend schedule wrap - view pic! Also Read - It’s AWKWARD! 5 pictures of Arjun Kapoor, Rakhi Sawant and others that will make you go ROFL

Based on Chetan Bhagat's novel by the same name, Half Girlfriend revolves around Madhav(Arjun) and Riya's(Shraddha) close friendship that blossoms because of the love for basketball. Speaking of which, both the Kapoors even got some heavy training in the sport by professional basketball players from the US! We don’t kid you when we say that. A sneak peek of the same too had hit the web a few months back. In fact, apart from basketball connection, the film also explores the love story in the most romantic way. I mean, didn't we all see the picture where Arjun and Shraddha were seen recreating the Kuch Kuch Hota Hai - DDLJ's train sequence. Also Read - Arjun Kapoor-Parineeti Chopra's Sandeep Aur Pinky Faraar, Shah Rukh Khan's Devdas, Aamir Khan's Rang De Basanti and more films that saved dying careers [Part 1] – view pics 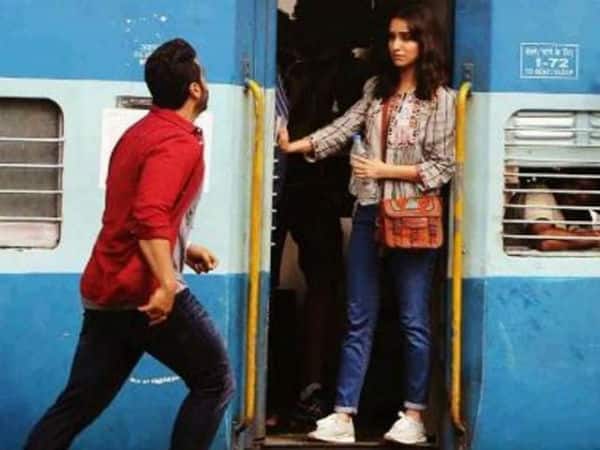 Talking about the experience working on Half Girlfriend, Shraddha during her recent media interaction said, "Bringing Chetan Bhagat’s words to life has been challenging and so much fun memories, memories, memories! It’s been amazing with an amazing team. Such awesomely passionate talents coming together. This beautiful world of making films."

Directed by Mohit Suri, Half Girlfriend is all set to hit the screens on May 19, 2017. How excited are you?