Shraddha Kapoor's much talked about film Haseena Parkar is now in theatres. The actress left no stone unturned to promote her gangster drama along with brother, Siddhanth Kapoor. Shraddha surely lacked in one area during the promotions and it's her styling.

Shraddha Kapoor's much talked about film Haseena Parkar is now in theatres. The actress left no stone unturned to promote her gangster drama along with brother, Siddhanth Kapoor. Shraddha surely lacked in one area during the promotions and it's her styling. Shraddha offended the fashion police not once but almost every other time she stepped out for promotions. From what it looks like from the pictures, Shraddha tried her hand at shuffling up her wardrobe but has failed majorly in doing so. Don't believe us? Take a look at the worst outfits Haseena aka Shraddha opted for during promotions. Also Read - SAY WHAT! Shraddha Kapoor bagged Chaalbaaz in London as director Pankaj Parashar was blown away by her performance in THIS movie

We will never be in 'Pink' of health after seeing this attire
Shraddha Kapoor in an electric pink deconstructed pantsuit for Haseena Parkar trailer launch will make you cringe. This picture of Shraddha will literally hurt your eyes. Apart from the color, there are so many things that are wrong with this look. The one-shoulder sleeve with pleats at the bottom and the ridiculously huge earring will make you wish that Shraddha had opted for another look. If Shraddha had opted for another shirt in neutral colours to pair with the electric pink pants, she could have managed to pull off the attire. Also Read - Deepika Padukone, Kareena Kapoor Khan, Anushka Sharma and more Bollywood beauties who went a little OTT with dramatic sleeves – view pics 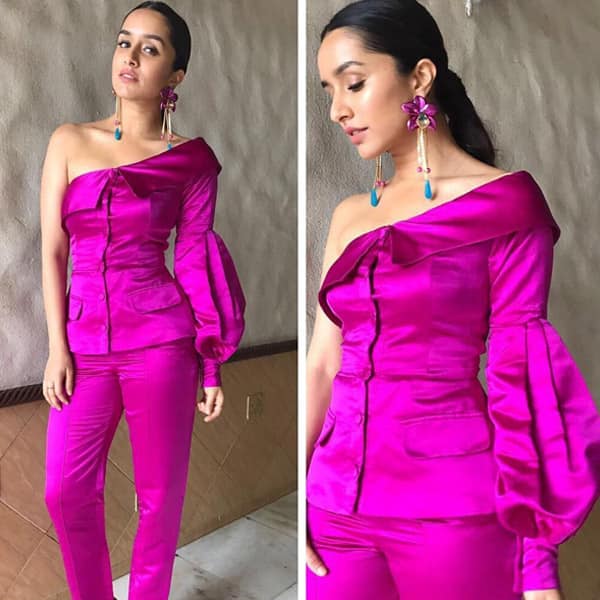 Hey Shraddha Kapoor what were you thinking when you opted for this attire?
If you think that things couldn't get worse after the electric pink attire we would say, wait for it. We still can't believe that the actress opted for a layer of lace below the elongated t-shirt. The black sheer layer, what appears to be a skirt, is the worst thing you will see today. She paired her attire with a black belt which looks like a complete mismatch. We wish the actress just wore the T-shirt as a dress with a pair of tie-up boots instead. 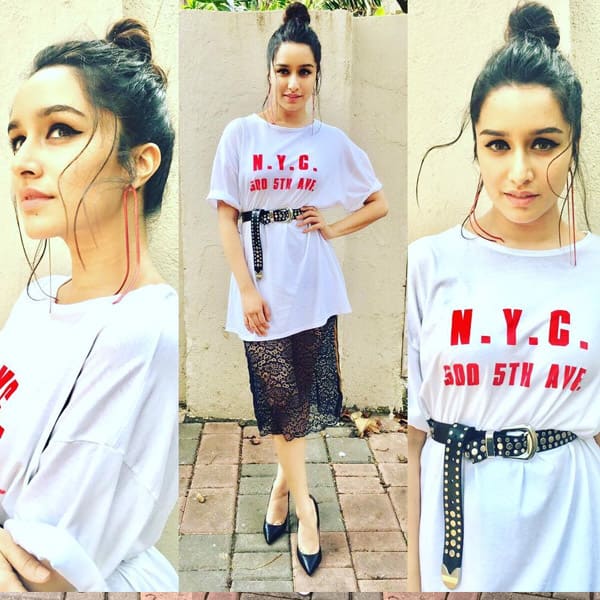 Shraddha Kapoor's floral blouse fails to impress us
While this look of the actress is far subtle from the first two times, it still doesn't impress us. While we love the denim skirt with fringes at the bottom, the blouse is a complete mismatch. We wish the actress had opted for a fitted top or a corset, which would elevate the attire further. While Shraddha manages to pull off the middle-parted hair, those silver heels don't do the trick for us. 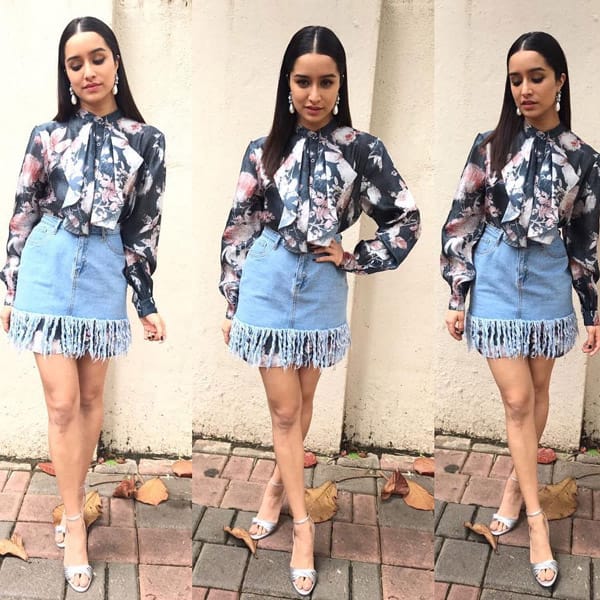 Shraddha Kapoor's hologram outfit is unflattering
While the hologram print generally lifts the attire and makes it look funky, this one made the attire look drab. The overall look is completely dull. We wish Shraddha had opted for grey separates and a bright hologram top underneath. The actress should have opted for a pair of silver shiny heels instead of pastel ones. 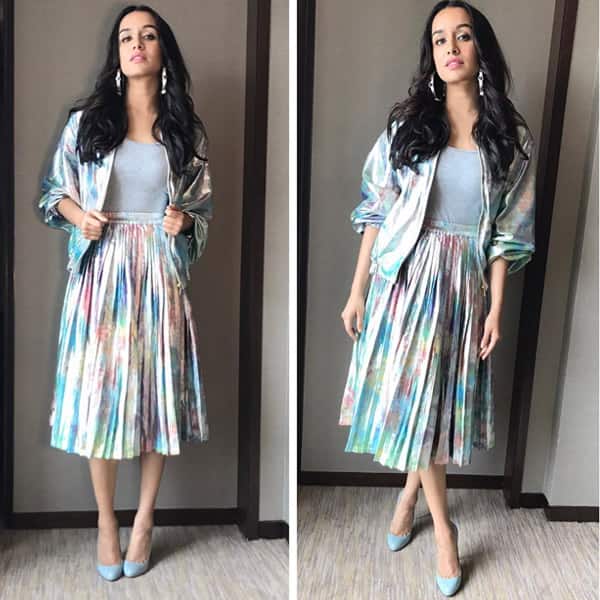 Shraddha Kapoor fails to pull off the sheer look
During the latest round of promotions, Shraddha played it safe as she stepped out in a black attire. While one can't call this attire cringe-worthy, it surely isn't the best. What we don't like about the attire is the idea of pairing the chunky belt with a delicate top. The frilly sleeves, too, fail to impress the fashion police. We wish Shraddha had kept her attire simple instead of going through so much trouble. Also Read: Haseena Parkar Movie Review: Hugely off the mark, Shraddha Kapoor’s film is dreadfully half-baked 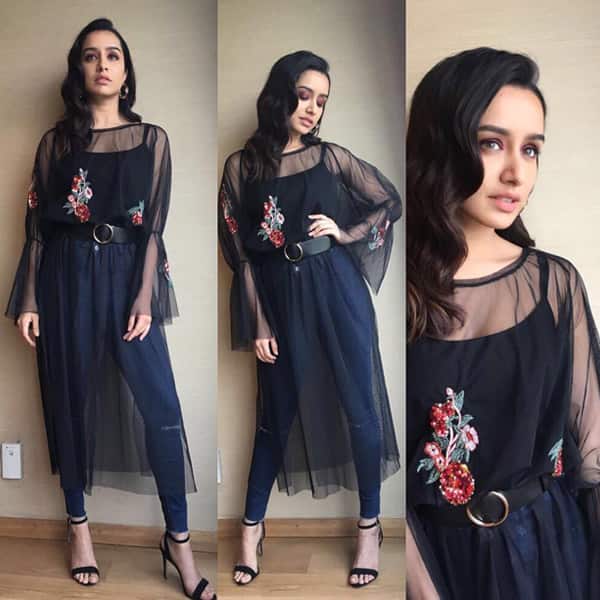