Shruti Haasan gets DEATH THREATS by a stalker, lodges a complaint against him

After receiving death threats, Shruti Haasan has lodged a complaint against her stalker 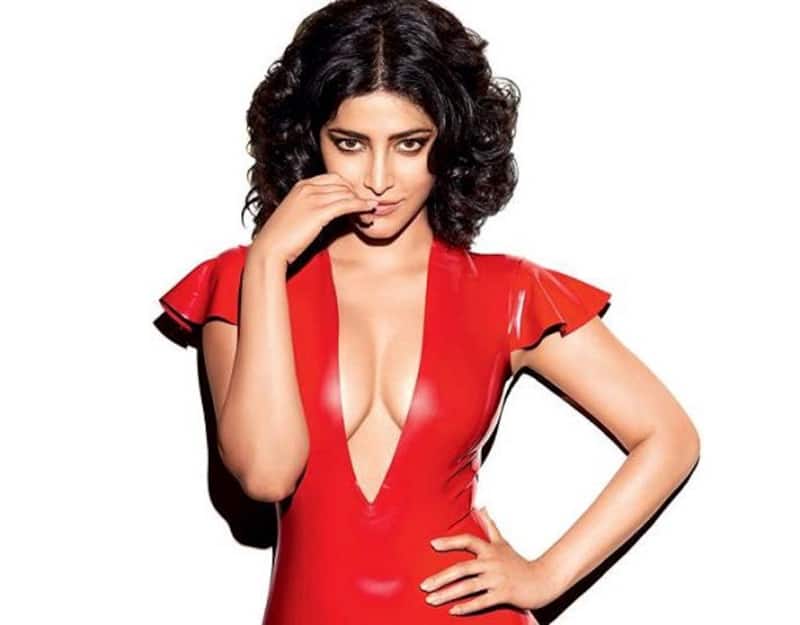 Shruti Haasan is known for her bold ways of living. She doesn't shy away from stating what's going on in her mind and also doesn't stand any kind of crap. Being such a hottie, she has been approached by wacky fans, however, some definitely tend to go a little overboard with their liking for her. That's exactly what happened with Haasan for the second time! Ahan. We just found out that Shruti has been reportedly abused on the micro-blogging site by a said stalker based in Karnataka. Firstly, let's rewind and tell you that this is not the first time she has been harrassed by her fans or should we say, crazy stalkers. However, just like the previous time, Shruti has taken a stand for herself and reported this event to the police and even the Cyber Crime department. Also Read - Prabhas-Maruthi's Raja Deluxe sees MAJOR change? Producer DVV Danayya backs out due to this reason [Report]

According to a leading entertainment portal, it has been reported that Shruti has filed a complaint against her stalker for crossing the line. Already since she is a very known celebrity in the South, she is facing drawbacks of the same in the form of a Dr KG Guruprasad, hailing from Karnataka. The said person is very active on Twitter and has been harrassing Shruti by passing lewd comments and tweets about her. In fact, apart from verbally assaulting her, he has also given her death threats. The stalker has literally claimed that he'll stab and kill her if he ever manages to get close to her. Alarmed by this man's derogatory terms, the actress has finally reacted and has filed a complaint with the Cyber Crime Grievance Cell on Wednesday. Also Read - Prabhas Vs Hrithik Roshan: Saalar to clash with Fighter at the box office

According to DTNext, Haasan submitted a two-page complaint to the Cyber Crime grievance cell at the City Police Commissioner’s Office on Wednesday in Chennai through her agent Praveen Antony. The complaint states that the stalker made wild aspersions on the actor’s character, personal life and even threatened to stab her if he could get near her through Twitter messages. Screen shots of all the messages have been attached by Shruti that he had been sending her, in the complaint as well. It has been discovered that Guruprasad works as a doctor at the Hassan Institute of Medical Science in Karnataka. (ALSO READ: After link-up with Ranbir Kapoor, Shruti Haasan’s closeness with Vidyut Jammwal, the hot topic of discussion?) Also Read - Salaar: Prabhas-Shruti Haasan starrer gets a release date; fans can't keep calm

Well, this is not the first time that the actress has been harrassed by the likes of crazy stalkers. In 2013 also, Shruti was tormented by a stalker who actually came to her Mumbai apartment. Of course, whoever thought being a celebrity is all fun definitely doesn't know about the darker sides of it. Anyway, we are proud of Haasan for taking a stand against such people. What are your thoughts on this, BollywoodLifers? Tell us in the comments section below. Stay tuned to this space for more gossips and latest updates.