Shruti and Michael who met in London have been dating since three months now..

In the last few days a lot has been said about the mystery man in Shruti Haasan's life. We were the first ones to EXCLUSIVELY reveal it to you that Shruti is dating Michael Corsale who was initially assumed to be her manager. Apparently, Shruti and Michael went on a short trip together and we spotted them returning today evening at the Mumbai airport. If Shruti's Insta feed is anything to go by, there were chilling in Rishikesh, enjoying the nature's beauty. The actress posted a couple of pictures on Instagram sans Michael though.. Here, take a look! (ALSO READ: Shruti Haasan and boyfriend Michael Corsale off for a romantic getaway? View HQ pics) Also Read - Radhe Shyam, Adipurush, Salaar and more: 5 updates about Prabhas’ upcoming films that have fans excited


A few days ago they were seen at the Mumbai airport which gave rise to speculations about their romantic gateaway. When Shruti was asked about her love affair, her spokesperson maintained that until now the actress has never spoken about her personal life in public and that is not going to change anytime soon. Hmmm.. seems like just like other Bollywood celebs Shruti too isn't too keen on talking about her love affair, at least for now. (ALSO READ: REVEALED: All you need to know about Shruti Haasan’s boyfriend Michael Corsale) Also Read - Nayanthara-Prabhudheva, Samantha Ruth Prabhu-Naga Chaitanya and 8 more South couples who have been in live-in relationships – view pics 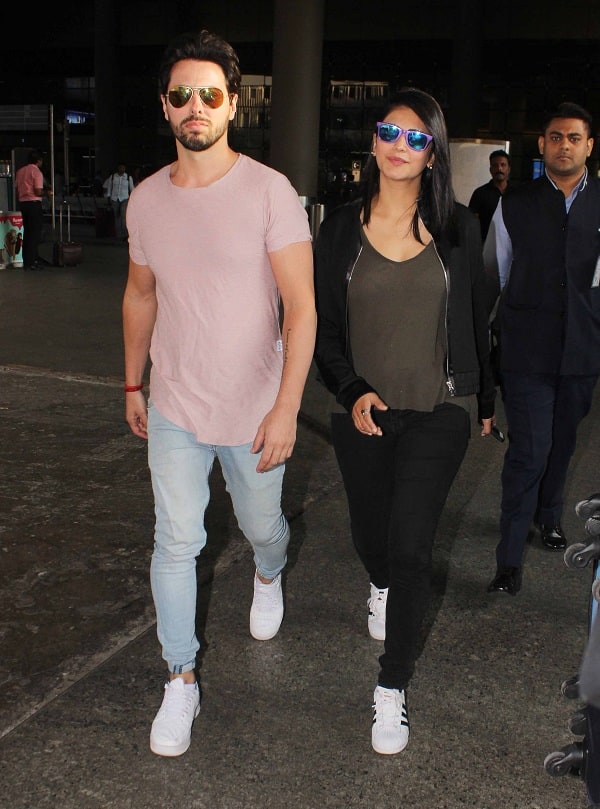 The two have been dating for all three months. As per reports in Mumbai Mirror “Shruti and Michael met for the first time in London through a common friend, when she was there to record a track with the British alternative rock band, Dinosaur Pile-Up. They are very happy together,” While our source told us he is a trained theatre actor from London. He has also trained at Brian Timoney Actors to get into acting. He has done films, but he is primarily a theatre actor.