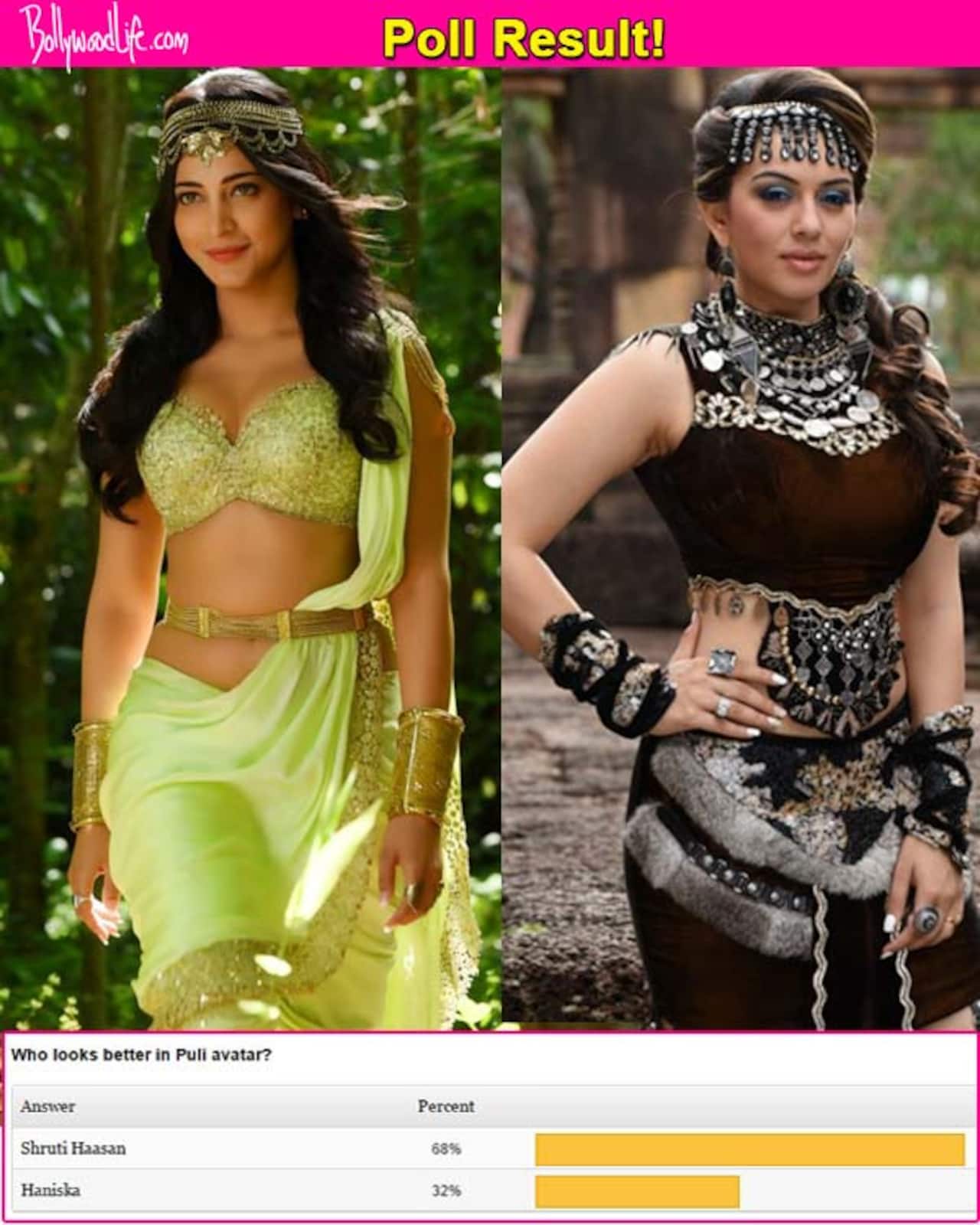 We pitted the two lovely ladies of Kollywood against each other on the basis of their looks from the upcoming fantasy fiction film. And the fans verdict is here

With release date slated to be October 1, the buzz around the film is rising with every passing day. Other than Sridevi's comeback and Vijay's rumoured triple role in the film, the two lovely ladies, Shruti Haasan and Hansika, have managed to capture the imagination of the masses. Dressed elegantly in period costumes both Hansika and Shruti Haasan have ably taken over the glam department of Puli in their slender shoulders. While it is no doubt that both the actresses have made people sit up and take notice with their avatars in Puli, we pitted the two divas against one another and asked who looks best in period avatar. Ans this is what you guys had to say! Also Read - Trending South News Today: Pushpa 2 gets a new leading lady; Allu Arjun attends 18 Pages promotional event in style and more

According to 68% of fans, Shruti Haasan's look in Puli is truly stunning as the doe eyed beauty looks ethereal in Puli promos and stills. Only 32% of fans thought that Hansika's voluptuous avatar in the film is better than Shruti's slender and elegant look. Looks like Hansika's oomph fell short in front of Shruti Haasan's effervescent beauty. Now that fans have chosen Shruti's avatar over Hansika's, we will have to wait and watch who will impress us more in the film - Shruti or Hansika? Also Read - Kiccha Sudeep, Shivarajkumar and others condemn slipper attack on Kannada actor Darshan