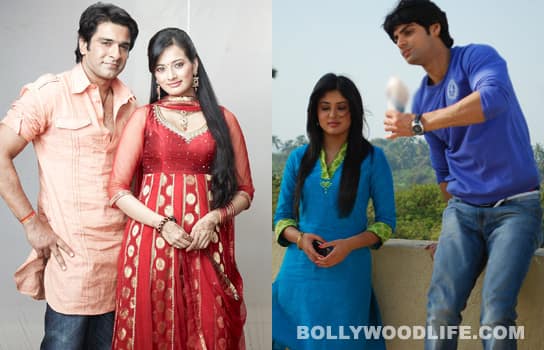 Sony overturns its previous decision to reschedule the love-knows-no-age-difference story. Do you wonder why?

Kuch Toh Log Kahenge fans – and we hear there are quite a few – can rejoice. They won’t have to wait till late into the night for their favourite show to air, just because Sony is launching a new show Shubh Vivaah. KTLK, starring Mohnish Behl, Karan Wahi and Kritika Kamra, will continue to be telecast at 8pm. When Shubh Vivaah was first announced, Sony had planned to air it at 8pm and push KTLK to 11pm. The channel had even informed their viewers about the time change, but when there were just ten days for the show to go on air, Sony officials changed their minds and decided to expand their prime time slot instead. Shubh Vivaah, starring Rakesh Bedi, Neha Janpandit and Eijaz Khan, will air at 7:30pm from February 27. Also Read - From Karan Kundrra to Bigg Boss' Paras Chhabra: Top TV stars who were accused of cheating on their partners

Sources tell us that the decision was arrived at after Sony officials took a closer look at their competition. Sasural Simar Ka on Colors and Sasuraal Genda Phool on Star Plus which air at 7:30pm are both doing extremely well. They realised that it’s no longer correct to say that no one will watch a show before 8pm as the working middle class wouldn’t have returned home yet. So there’s no reason why Shubh Vivaah, which has Eijaz as its main draw, won’t do well too. Another reason is that Kuch Toh Log Kahenge is steadily gaining more viewership. Sony officials admitted that KTLK is one of their top shows right there with CID and Bade Achche Lagte Hain. The time change could very well harm the show and thereby the ratings for the channel. Something that Sony wouldn’t want to risk for the sake of a new show. If pushing Shubh Vivaah to 7:30pm will keep everyone – Sony, KTLK fans and makers – happy, then why not? Also Read - Hush Hush actress Kritika Kamra talks about fighting the 'TV actor' label that has been stuck with her [Exclusive]

ALSO READ: Rajan Shahi: There's a lot of crap on television | BADE ACCHE LAGTE HAIN: Priya is not going to die! Also Read - Nia Sharma on Jhalak Dikhhla Jaa 10 to Bharti Singh: Popular TV celebs who got severely injured on the sets of their shows