Sid Mallya does manage to stay in the news for his quirky antics and today, also he has grabbed everyone's attention as a butt naked image of himself went viral...

The popular party animal has done many crazy things in the past, but this is the most controversial yet...

Sid Mallya, son of controversial business tycoon Vijay Mallya, has settled in the States (USA) from a long time now. He left India after breaking up with girlfriend and actress Deepika Padukone and since then he has been pursuing his education in acting at the Royal Central School of Speech and Drama. He even started a hilarious web series Sid Sessions and acted in a film or two (Brahman Naman and Homecoming). However, he does manage to stay in the news for his quirky antics. Also Read - Ranbir Kapoor reveals Alia Bhatt is not his FIRST wife; shares the goofy story behind his first marriage

Today, he has grabbed our attention again after we got an EXCLUSIVE a butt naked image of Sid. It seems that Mallya was trying to take a selfie without any clothes on, but the cool dude forgot that a mirror was behind his back. Like really? How can someone not see that on the screen? However we don't know if it was an honest mistake by Sid Mallya or was it an intentional click. So in the image you can literally see Sid's rugged face, his back (which has an intriguing tattoo) and his butt too. The funny chap has always maintained that he doesn't mind going nude for a film if the script demands it, but this image is seriously crazy. What were you thinking Sid? Also Read - Trending South News Today: RRR themed restaurant, R Madhavan trolled for comment on ISRO's Mars Mission and more

This image has now gone viral and has quickly become the talk of the town. But we aren't sure how to react to this. Mallya junior loves to take pictures and he has posted many shirtless pictures of himself on social media, however he has never posted a full nude picture. Check out Sid's EXCLUSIVE image for yourself below and tell us what you think about it in the comments section below! Also Read - Pathaan FIRST LOOK: Shah Rukh Khan unleashes his rugged avatar as he completes 30 years in the industry; shares the release date 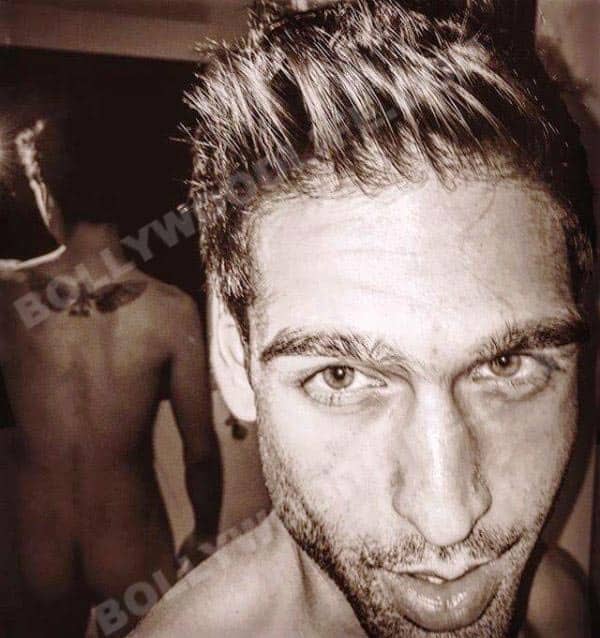 Also check out Sid's revelations on Sid Sessions in the video right here: