Siddhanth Chaturvedi and Navya Naveli walk together at Karan Johar's birthday bash and grab a lot of eyeballs. 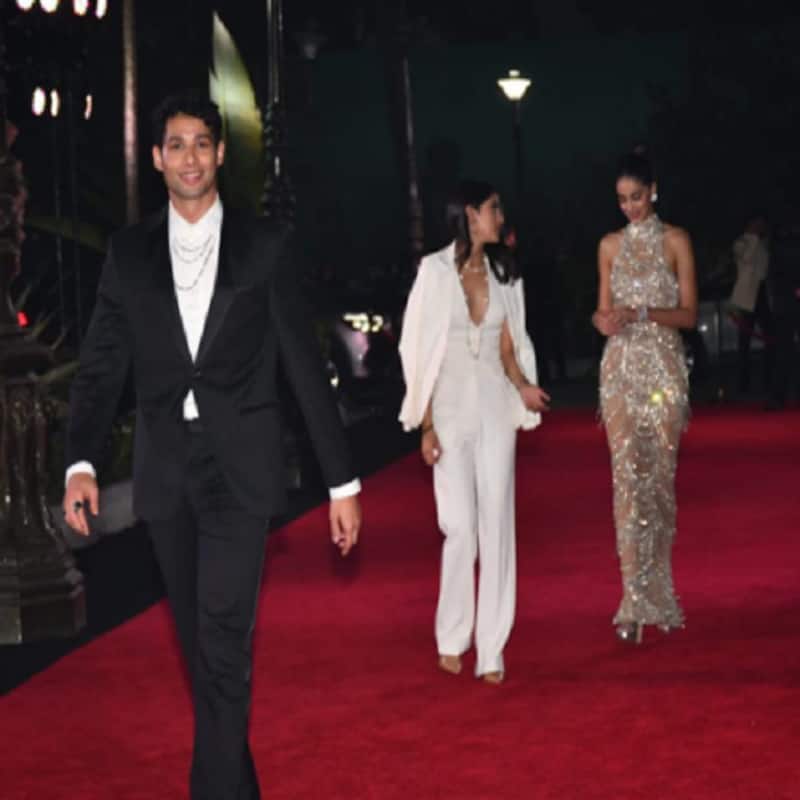 Did rumoured lovebirds Siddhant Chaturvedi and Navya Naveli Nanda just make their relationship official by making an entry together at Karan Johar's 50th bash? Well, the couple has been rumoured of dating for quite a time now, however, they avoid keeping themselves from a media glare. As Navya is not interested in making her career in the film industry, she chooses to at away from the glamour world but attends a few parties and weddings as she belongs to a filmy family. While Nava is good friends with star kids and Bollywood actors Ananya Panday, Shanaya Kapoor, Khushi Kapoor and Suhana Khan. But the girl likes to keep her private life away from the media glare. Also Read - Trending Hollywood News Today: Lindsay Lohan sparks marriage rumours; Jungkook and Charlie Puth in a BL relationship and more

But this time she was seen making her way with rumoured boyfriend and Bollywood actor Siddhant Chaturvedi while Ananya Panday also accompanied them. However, Navya chose not to get clicked with Siddhant and so he went ahead first and later Navya and Ananya followed him and even posed together for the shutterbugs. This video of them making an entry together but avoiding getting clicked together is grabbing a lot of eyeballs. Watch the video right here. Also Read - Bigg Boss OTT 2: Ranveer Singh will NOT replace Karan Johar as the host of the web series of controversial reality show

Recently Navya and Siddhant's posts on Instagram almost convince their a fan of their dating. Navya and Siddhant both were in Rishikesh at the same time and posted some pictures from the holy place and this grabbed a lot of attention.

Navya is a very string headed personality and recently her interview on sexism brought her a lot pf praise, " I have seen this happen at my home where if guests are over, my mother would always tell me to fetch something or the other. I have to play the host as opposed to my brother who could also be doing the same thing. So I think specially in homes where you live with joint families, that responsibility of learning how to run the house or learning how to take care of guests or learning how to play host is always somehow put on the daughter. And I have never seen that importance being given to my brother or a younger boy in the house. I think that itself is ingraining women into believing that it’s our responsibility to look after the house."