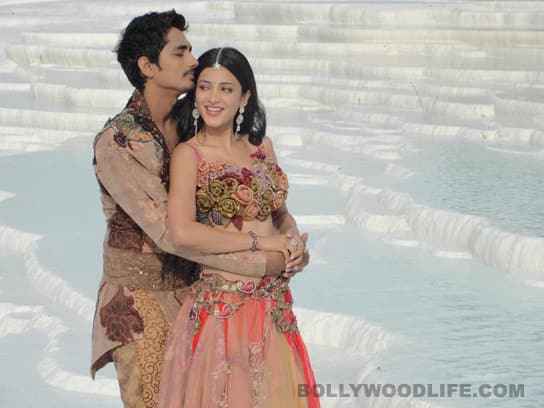 We thought this one would last. But sadly, the romance between Shruti Haasan and Siddharth has fizzled out. The two actors dated for about a year and a half and even lived in for six months or so. Shruti and Siddharth had begun seeing each other during the course of their first film together, the Telugu flick Anaganaga Oka Dheerudu aka AOD. Sid had split from his Rang De Basanti co-star Soha Ali Khan then, before which he had split from his wife as well. The status of Sid and Shruti’s relationship however has not kept them from doing another film together. The two will be seen along with Hansika Motwani in Telugu film O My Friend that releases in November. Also Read - It’s raining money in Bollywood

Read about it here: