Amid all the breakup rumours, Sidharth Malhotra and Kiara Advani were once again spotted together. The two were caught leaving in the same car after Karan Johar's 50th birthday bash. Read on to know more... 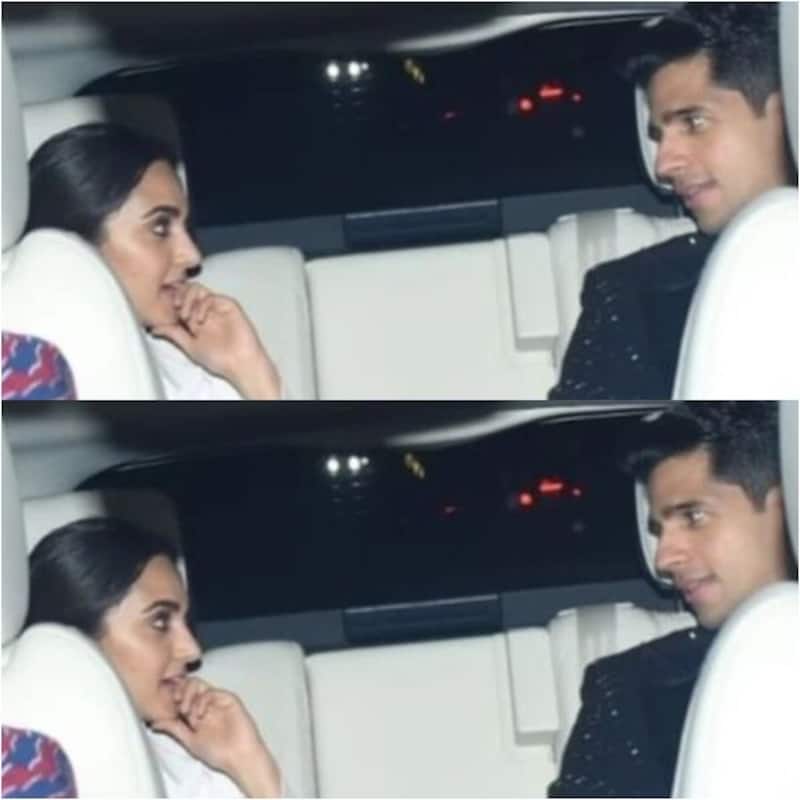 Sidharth Malhotra and Kiara Advani have been in the news for the past few weeks because of their rumoured relationship. It was reported that the couple has parted ways, but soon they started making appearances together. They were clicked together at Salman Khan’s Eid party and later Sidharth also came for the special screening of Kiara’s Bhool Bhulaiyaa 2. A couple of days ago, the actor also visited his lady love on the sets. Fans of both the actors were keen to see them together at Karan Johar’s 50th birthday bash, but they decided to make entries separately. While Sidharth came alone, Kiara came with her JugJugg Jeeyo co-star Varun Dhawan. Also Read - Swara Bhasker gets death threat, shares the letter on social media; netizens ask, 'What's wrong with such people?'

Well, fans were a bit upset that Sid and Kiara Advani were not spotted together. However, soon their sadness was converted into happiness as the Shershaah stars left together from the party and they were caught leaving in the same car. Also Read - Ranbir Kapoor’s Shamshera, John Abraham-Arjun Kapoor’s Ek Villain Returns and more BIGGIES that are set to entertain the audience in July 2022

Fans of Sidharth and Kiara have posted the pictures on Instagram, and they are super happy to see them together. The duo has once again cleared that they have not parted ways, and are very much still together. We wonder if we will get to hear the wedding bells soon. Also Read - Shehnaaz Gill's video writing Sidharth Shukla's name while signing an autograph is breaking the internet [Watch]

Talking about their movies, Kiara has JugJugg Jeeyo, RC15, and Govinda Naam Mera lined up. JugJugg Jeeyo is slated to release on 24th June 2022, and apart from Kiara and Varun, the movie also stars Anil Kapoor and Neetu Kapoor. Meanwhile, Sidharth has Mission Majnu and Yodha lined up. He will also be seen in Rohit Shetty’s web series Indian Police Force, and the actor has been busy with the shooting of the series. Govinda Naam Mera and Mission Majnu are slated to release on 10th June, however, there have been reports that the movies have been postponed.