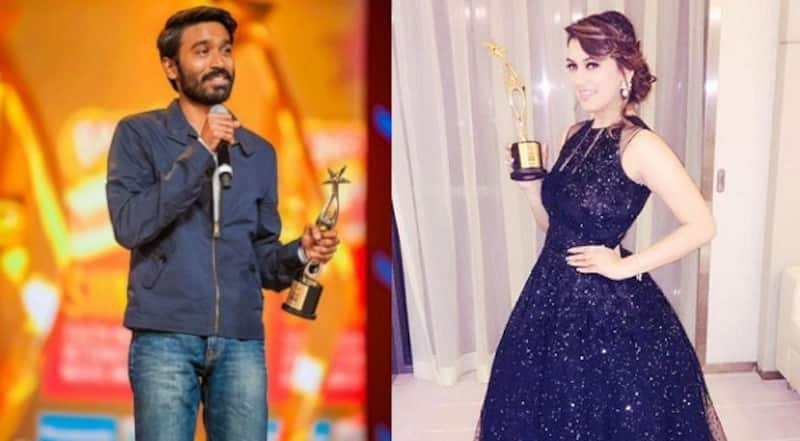 South Indian International Movie Awards aka SIIMA 2015 is over. And as expected it peaked the interest of people as the biggies of South Indian film industries battled for the prestigious awards. With the best talent in all four industries -Tamil, Telugu, Malayalam and Kannada awarded for their achievements in cine world, the buzz around this year’s SIIMA was huge. Also Read - After break-up with Disha Patani, Tiger Shroff is dating THIS hottie? Here's what we know

Coming to the winners of the night, it was Dhanush sweeping away the Best Actor Award yet again for his role in VIP. Hansika won the Best Actress Award for her performance in Aranmanai, while Pa Ranjith walked away with Best Director Award. Illayathalapathy Vijay's film Kaththi was awarded as the Best Film. Neil Nitin Mukesh won Best Villain award for Kaththi, where as Karthi won Best Actor Critic's Choice Award. Also Read - The Gray Man: Will Chris Evans join Ryan Gosling and Dhanush in Russo Brothers' sequel? Here's what we know [Exclusive]