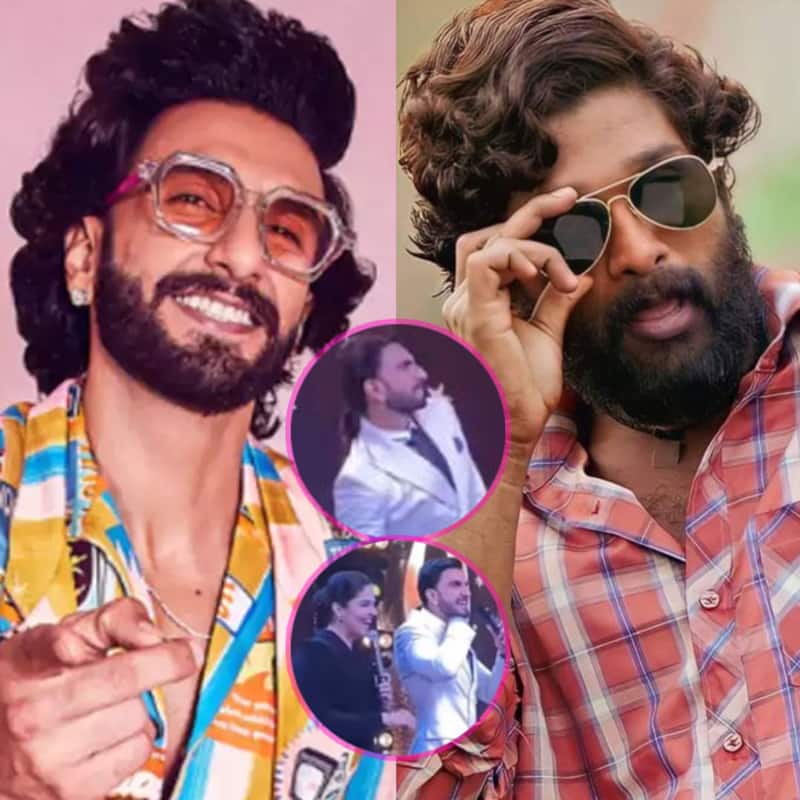 Ranveer Singh recently attended SIIMA Awards 2022 (South Indian International Movie Awards) in Bangalore. While the awards were mainly attended by South Indian stars like Yash, Allu Arjun, Kamal Haasan, and more, Ranveer was the only Bollywood star who graced the awards. As usual, the actor stole the show and made everyone laugh out loud with his antics. A video has gone viral on social media in which he is seen recreating Allu Arjun’s famous Pushpa dialogue and he is also dancing to the track Srivalli. Also Read - Falguni Pathak has a change of heart after bashing Neha Kakkar for ruining her song; says, ‘You can adapt my songs, but usko bekaar mat karo’

In the video, we can see that Ranveer mouths Allu Arjun’s Puspa dialogue, ‘Thaggedhe le’, and also does the hand gesture. He later danced to Srivalli and did the hook step of the song. Check out the viral video below… Also Read - Ghum Hai Kisikey Pyaar Meiin: Pakhi takes a stand for Sai against the Chavans; netizens call Neil Bhatt the 'asli villain'

Well, we wonder if after watching this video, a Telugu film will be offered to Ranveer Singh. But, we have to say that the actor leaves a mark everywhere. Also Read - Vikram Vedha: Hrithik Roshan and Saif Ali Khan not promoting the film together for THIS reason? [Exclusive]

Ranveer was also honoured with an award at SIIMA 2022, and he took to Twitter to thank the South Indian film fraternity for it. Check out the actor’s tweet below…

Grateful to the South Indian Film Fraternity for this honour! ? Thank you for bestowing me with such high esteem! ?? @siima #10YearsofSIIMA #SIIMA2022 #SIIMA #Wolf777SIIMAWeekEnd pic.twitter.com/ITn8BO7Olb

One more video of Ranveer from SIIMA 2022 has gone viral. In the video, the actor amid the crowd poses with his two little fans, and netizens are impressed with him. They are calling him down to earth. Check out the video below…

Talking about Ranveer’s movies, the actor has Cirkus and Rocky Aur Rani Ki Prem Kahani lined up. The former is slated to release in December this year, and the latter is scheduled to hit the big screens in February 2023.