Silsila Badalte Rishton Ka: If you're appalled by the 'infidelity' angle of Drashti Dhami - Shakti Arora's emotional drama, you have surely regressed with time! 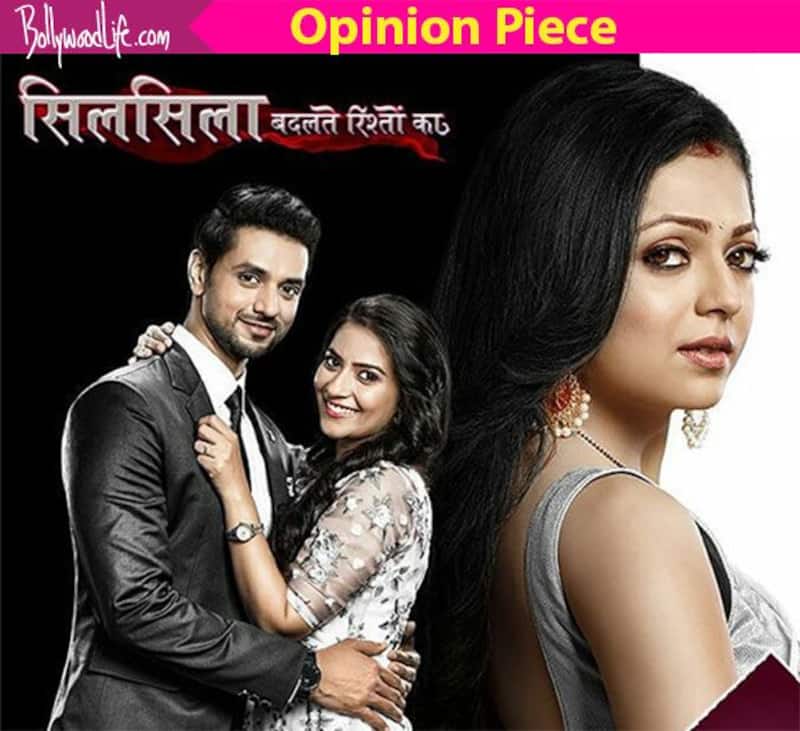 Recently, Ronit Roy and Mona Singh's web-series Kehne Ko Humsafar Hai got a thunderous response from the digital viewing audience. It was a classic story of a man falling out of love with his wife and finding companionship in another woman. The concept was dealt with maturely and the narrative was a gripping and relatable one. As a rule, stories rooted in real life issues and its complexities do better than ones, which come across as superficial. Again, what is floozy for some maybe profound for others. Drashti Dhami's Silsila Badalte Rishton Ka went on air last night and a certain of the audience seem to have a problem with 'a show on infidelity'. Some are arguing that such serials promote infidelity (Really!) while others cannot digest the thought of a 'positive' actress playing a home-wrecker. We also saw the episode that aired last night and it would be safe to say that there was nothing that was in favour of extra-marital affairs per se. And why are people so disgusted at the thought of watching infidelity on TV? It is hard to believe that it's the same audience that laps up the melodrama surrounding the lives of two sisters who fall for the same man. If you ask anyone, they did tell you that the chance of a loveless married woman falling head over heels for a man who offers a ray of hope or a shoulder to cry on, is a lot more than two sisters fighting over the same guy!

Exclusive! Shakti Arora on Silsila Badalte Rishton Ka being inspired by Kabhi Alvida Naa Kehna: This is not a story of marital infidelity

Indian Television has had shows on infidelity. Silsila is definitely not the first show to explore the dynamics of loveless relationships, emotional disconnect, compatibility or the lack of it. As a kid, I remember our elders watching Hasratein. It had an ambitious woman falling in love with a man who matched her in aspirations and intelligence. Interestingly, both their spouses knew that they were cheating. People gave the show a chance as the inter-personal relationships were wonderfully depicted and it had some fine performances. This was in 1996. That was not the only show. We also had a Justujoo in 2002 where a married man falls for his well-educated sister-in-law. And who can forget Sailaab? A much-in-love couple split due to circumstances only to meet again after being married to other people. They restart their relationship but in a platonic manner. If audiences then could accept such shows and debate on the statements made by them, what is making people so defensive now? In Silsila, the other woman is married to a monster who regularly abuses her. There is a perfect back-story created for her to 'fall in love' for a much more caring man. None of the above mentioned shows gave such cushioning to the female leads. Has Drashti's character Nandini being given the privilege as makers know that audiences have sort of regressed considerably? We have shows where heroines fight tooth and nail to protect their men from the roving eye of women. They also risk their lives to battle the supernatural forces, chudails, daayans and so on. Every small victory of theirs is cheered on and lapped by the viewers.

In modern day and age, the stress on relationships is a lot more than what we had before. It has become far more commonplace for people to find emotional connect outside. Many are not even aware of that moment or phase where someone else takes over the place once proudly occupied by their spouses. Love, detachment, compatibility, commitment are as dynamic as life itself. This is why it is a joy to bring forth love stories on a visual medium. Why do fans get upset when the sudden arrival of an ex threatens the love life of a fave TV jodi? It is because of the present, which comes across as beautiful. At times, even short-term or momentary relationship hold more beauty and meaning than socially acceptable and established ones. Is there any joy in watching a couple fighting for a bond that matters for the world but not for them? In our shows, we see superwoman heroines spying on family members and protecting some of them from harmful relations. Many, a times no one has asked them for help. This proves that everyone is voyeuristic about others' dark secrets but no one wants to see something if it’s in your face. If TV audiences genuinely feel that they deserve better content, they should show some acceptance for situations that are real even if they make you a tad uncomfortable. Also Read - Kundali Bhagya: Shraddha Arya's chemistry with Shakti Arora and Manit Joura gets thumbs up from the audience [View Tweets]

It is fine if an individual is uncomfortable watching a show because of its concept. He or she can just switch channels. However, to criticize a show for exploring a space that deals with the frailties of human relationships is nothing less than demeaning your own intelligence.