Simbu's next to have an Avatar connection!

Simbu and director Adhik Ravichander take a leaf out of Shankar's book!...

Kollywood actor Silambarasan has a lot going on for him right now. He has two movies, Achcham Yenbathu Madamaiyada and Idhu Namma Aalu, geared up for release. In the middle of all this, he is also embroiled in the Beep song controversy. Also, he is currently working on an untitled project with director Adhik Ravichander. Here is an exciting news about the movie. This film is still in the pre-production phase and the crew are busy conducting make up tests on the actor. A photo has surfaced from the sets which shows STR and director Adhik working with none other than Hollywood makeup artist Sean Foot! 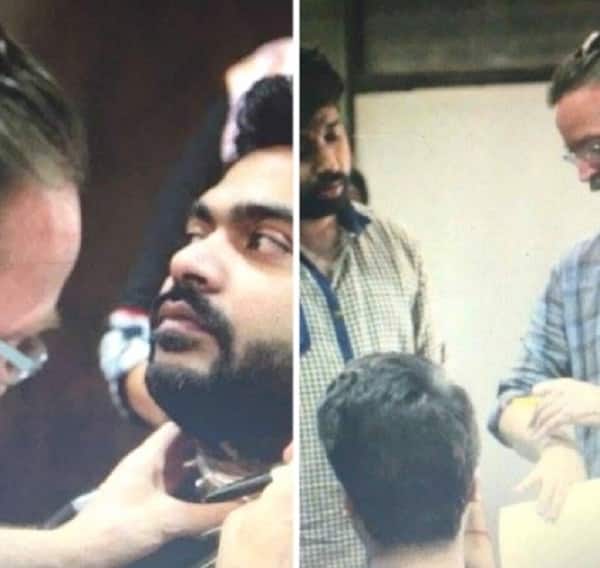 To those who are unaware, Mr Foot has been the senior makeup artist of several big films, which include Hollywood blockbusters like Avatar and the Hobbit Trilogy. He also worked on Shankar's I, and his handiwork can be seen in Vikram's many avatars in the movie. The reason the film team hired such a prominent makeup artist is because this STR film is going to be a comedy drama and the Achcham Yenbathu Madamaiyada actor will be seen in 3 different roles, sporting three very distinct looks. It is becoming a really interesting and exciting trend in South Indian cinema to hire experts from Hollywood. First only bigshot directors like SS Rajamouli and Shankar were exploring these options. But now with Adhik Ravichender also following this trend, many filmmakers will be more open to explore these options which will contribute to quality cinema. Also, do take a look at STR's upcoming romantic drama Idhu Namma Aalu: Also Read - Nagarjuna breaks down coz of Naga Chaitanya?