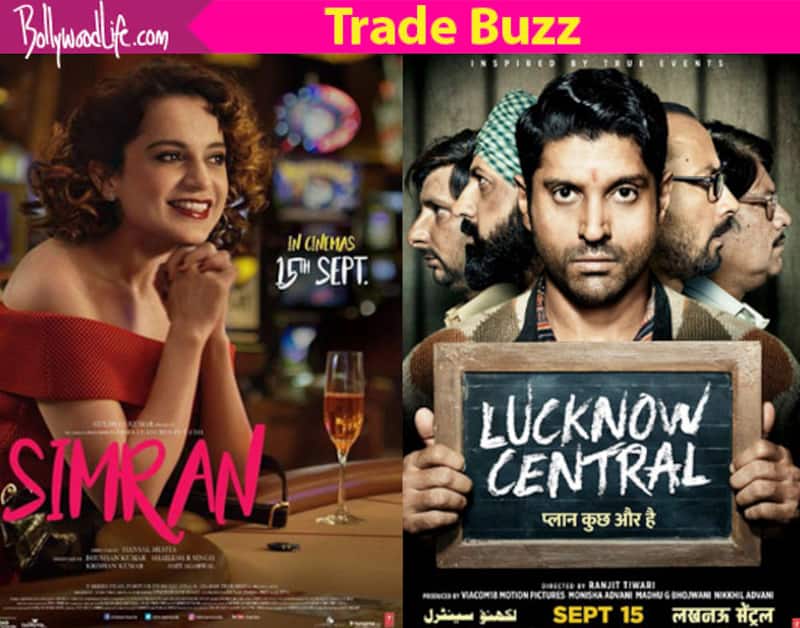 This Friday, Simran and Lucknow Central are releasing. Both are banking a lot on the films' content along with the stars in it. Farhan Akhtar is back on screen after Rock On 2, which was a failure, while Kangana Ranaut, too, will be trying to get her box-office magic back, post Rangoon's debacle. They are very important films for the actors. So what does the trade think about these films? We spoke to trade expert, Akshaye Rathi, Exhibitor-Distributor, about these films and he sounded pretty positive. But he asserted that these films will only work if the content is good and manages to get a good word-of-mouth too. Also Read - From disrespecting Hina Khan, Helly Shah for their Cannes appearance to calling Nayanthara a lesser star; 5 times Karan Johar proved he needs to think before he speaks

Also read: Kangana Ranaut: Simran will beat up her boyfriend if he leaks her personal details in public -watch exclusive video Also Read - Katrina Kaif, Priyanka Chopra, Ranveer Singh and more Bollywood actors who got accused of throwing tantrums while on flight

Akshaye said, "Both look good. Simran is on the lines of English Vinglish or Queen. Both are interesting and have the potential to entertain the audience substantially, subjected to them being good films. Honestly, neither of them will open very big. Both the films will entirely depend on word of mouth. Both should open in the range of Rs 2-3 crore on day 1. They will essentially grow with word of mouth. Ultimately it's all about which one has a better content and the one does, will grow over time and do well." When asked about the importance of these films performing at the box office for the leads in the film, Akshaye said, "Every film is important for every actor you know. Once in a while, you see a Shah Rukh Khan or Salman Khan or Aamir Khan delivering a film that disappoints. People at that stature, one or two hits or flops don't make any difference or put a dent in their career. Here we are talking about actors who aren't stars and make a huge draw on their merit. So if a Kangana Ranaut or Farhan Akhtar film does well, the hero is the content of the film. Whoever delivers on that front will do well." Also Read - Before Anjali Arora's MMS leak, Kareena Kapoor Khan, Jacqueline Fernandez and more Bollywood celebs' private moments went viral online

So everything rests on how the films turn out to be rather than who is in them. At least, that's what the trade believes.