So You Think Can Dance: Sairat actors Rinku Rajguru and Akash Thoshar rock the show with their funny antics!

So what happens when the two leads of super hit Marathi film Sairat Rinku and Akash grace the episode of a famous dance show? Well, epic fun of course!... 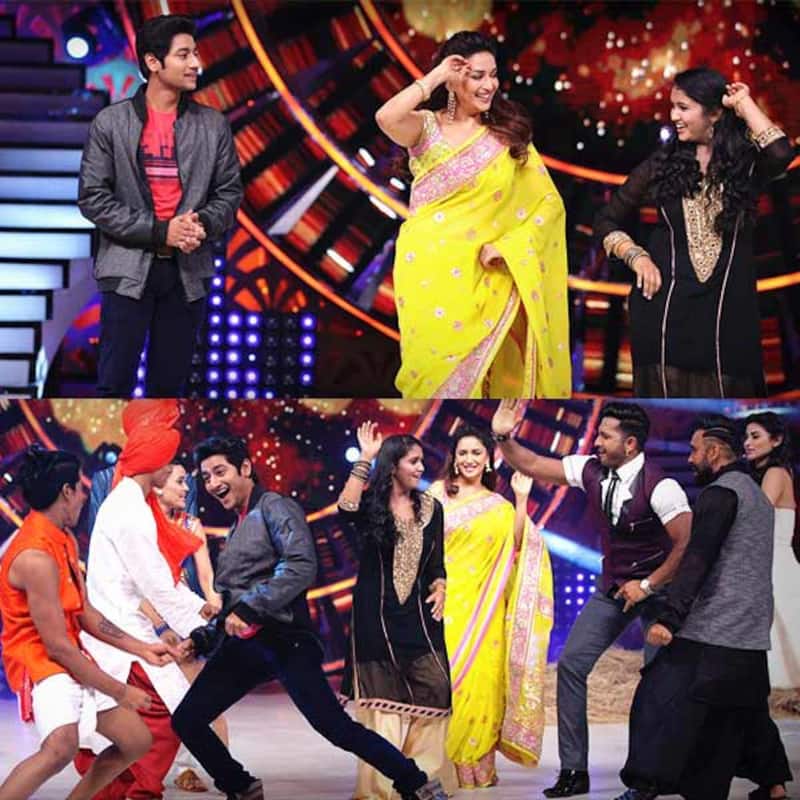 It was a very memorable episode tonight

The reality dance show So You Think You Can Dance has been growing ever popular ever since it began a while ago. It has Madhuri Dixit, Bosco and many others judging this brilliant dance show. So let us find out what happened tonight at the dance show. Also Read - Ghum Hai Kisikey Pyaar Meiin: Vinayak-Savi get mocked in school for two mothers and one father; Netizens question Neil Bhatt aka Virat's expressions

On this episode of So You Think You Can Dance, the two leads of Sairat graced the show. Rinku Rajguru and Akash Thoshar, entered the location on a bike, just like in the movie that made everyone applaud and whistle as it reminded all of Sairat. So after some friendly banter and joking around with the actors, the first dance started. It was performed by contestants Tushar and Sneha. The two had got the theme of farmers, so they had to do something which involved farming props. The two really stole the show with their super energetic performance on the famous song Zingat from Sairat. It was so incredible that the judges said that this dance actually suited the super fast tempo of the song rather than the original version, to which they all danced later. Also Read - Ghum Hai Kisikey Pyaar Meiin actor Neil Bhatt reveals who is Virat's true love and duty in the show; REACTS to extreme fan reactions [Exclusive]

After this super awesome performance, Rinku and Akash were asked to enact a romantic scene from the movie. After they wooed all with sincere acting, things took a hilarious turn when Mouni Roy, who is hosting the show was asked to enact the same scene with judge Bosco. After all this fun, the best part of the show came around. Rinku was asked to dance for her fans and she was joined by Madhuri as the two danced brilliantly to another old Marathi song. Also Read - Ghum Hai Kisikey Pyaar Meiin: Ayesha Singh aka Sai savagely LASHES out at Virat for his threats; fans impressed with her performance

Overall, a whole lot happened tonight and both Akash and Rinku shined with their energy and sportiveness.