Sona Mohapatra is not quite happy with Bharat actor Salman Khan taking digs at Priyanka Chopra! The singer expresses her disregards on Twitter! 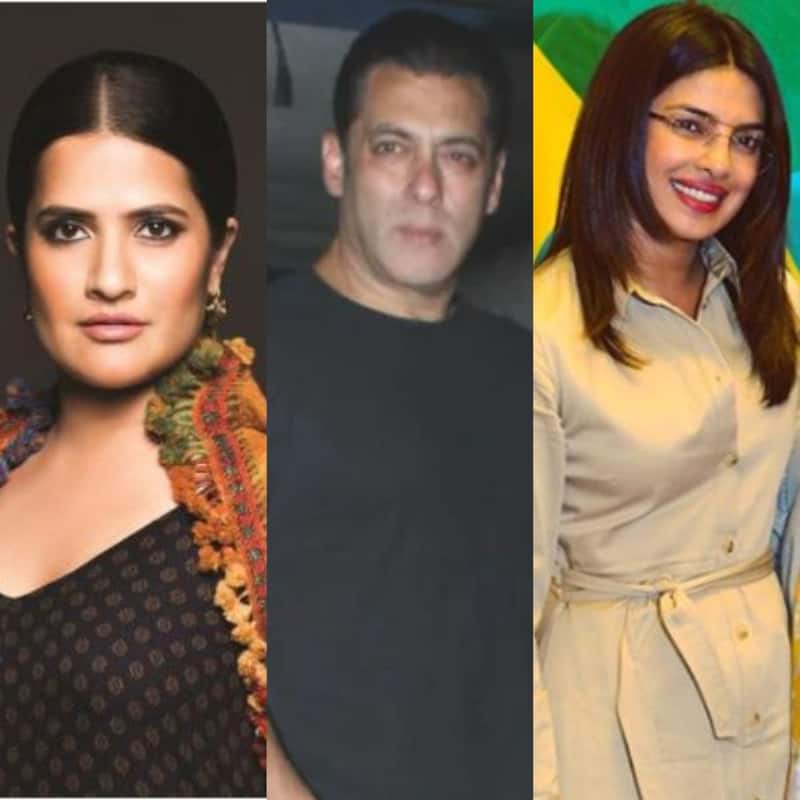 Singer Sona Mohapatra is one of those rare celebrities who doesn't think twice before mincing her words. Sona has always been quite upfront and blunt about her views and opinions. And social media is the way she shares her views and opinions. The singer took to Twitter to share her perspective once again and this time the one who got under her knife was Bollywood superstar Salman Khan. The actor who is currently on a promotion spree for his upcoming movie Bharat is not quite happy with Bollywood actress Priyanka Chopra. Salman has been going out and about taunting Chopra for walking out from the movie. Also Read - Vicky Kaushal’s friends fought with Katrina Kaif sisters; Karan Johar applied mehendi to Alia Bhatt; unmissable moments from B Town celebrity weddings

It seems Chopra's last-minute exit from the movie didn't go down well with the actor. While talking to the media Salman said how Bharat was the biggest movie PeeCee could have asked for but instead she chose to opt out of the movie at the 'Nick' of the time. "Over Bharat, she chose USA in the ‘nick’ of time. She has worked all her life so hard and when she got the biggest film of her life, she dumped the film and got married. Hats off! Usually people leave the husbands for this," Salman in an interview said. Also Read - Salman Khan-Pooja Hegde, Rhea Chakraborty-Bunty Sajdeh; Meet the new alleged lovers in tinsel town

Not just this Salman also spoke to other media and took direct digs at PeeCee's walkout. "No, not a wrong cast. But initially, Priyanka was very keen to do this film. Ali (director Ali Abbas Zafar) and we all thought it was Katrina Kaif’s film. But Katrina and I did Tiger Zinda Hai just before that and Ali said that we need a girl who is ‘Hindustani’." He further added, "I tried telling him, ‘Why can’t she (Katrina) pull off this role? She has been living in India for the last 20 years.’ But then Ali said, ‘Priyanka ka phone aaya tha (we got a call from Priyanka)’ and it is also true that Priyanka and my sister Arpita Khan are good friends. “After all this, the ‘Nick story’ happened, the embarrassing thing happened and she chose to get married." Also Read - TV News Weekly Rewind: Tina Datta eliminated from Bigg Boss 16, fans accuse Divya Agarwal of cheating and more

Well, we are not sure if this went down well with Priyanka but this clearly got Sona upset. The singer took to Twitter to share her unhappiness."Cus @priyankachopra has better things to do in life, real men to hang out with & more importantly, girls to inspire with her journey..." her tweet read.

Cus @priyankachopra has better things to do in life, real men to hang out with & more importantly, girls to inspire with her journey. ???

She tweeted another tweet which read, "A showcase & poster child of toxic masculinity. Low brow dig at not only a woman who was not in the room but a disgusting disregard & contempt for the woman & colleague sitting next to him in the same room. Unless we call out such serial bad behaviour, nothing changes, #India ."

What do you think of the entire fiasco?