Sonakshi Sinha and Zaheer Iqbal to make their relationship official with an upcoming song? [Report]

While Sonakshi Sinha had rubbished the reports of her marriage with Zaheer Iqbal in her own inimitable way, the latest report now suggests that the rumoured couple are going to make their relationships official with their upcoming song called Blockbuster Jodi. 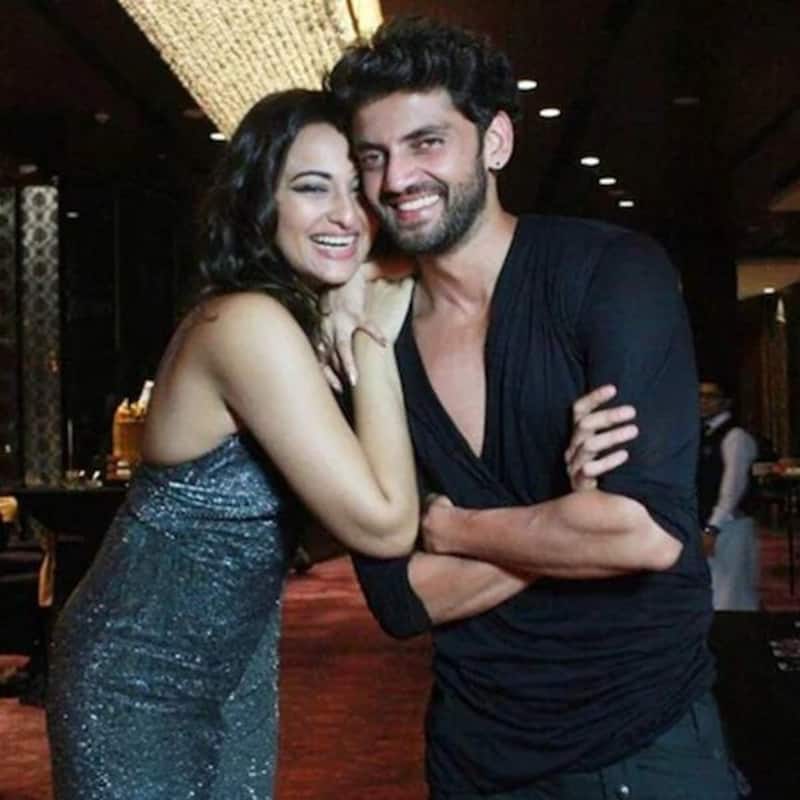 Sonakshi Sinha and Zaheer Iqbal have been best friends for a long time now and they are seen hanging out with each other quite often. Recently, it was reported that Sonakshi has finally found her life partner in Zaheer and they are all ready to tie the knot soon. While Sonakshi had rubbished the reports in her own inimitable way, the latest report now suggests that the rumoured couple are going to make their relationships official with their upcoming song called Blockbuster Jodi. Also Read - Deepika Padukone, Priyanka Chopra, Katrina Kaif and more actresses burn the screens in thigh-high slit outfits

According to India Today, Sonakshi and Zaheer have decided to announce their romance in style and it will be happen when their song will be release. Their song is expected to release soon in the coming month. While there's no official confirmation about the same, it remains to be seen if Sonakshi and Zaheer will indeed come out in the open with their relationship. Also Read - Double XL: Before Huma Qureshi, Sonakshi Sinha these TV and B-town ladies proved Big Is Beautiful

Sonakshi and Zaheer's friendship has become the talk of the town. It was also being said that the two were more than 'just friends'. Fans started speculating that something is brewing between Sonakshi and Zaheer. Dhamaka records brings together Sonakshi Sinha-Zaheer Iqbal and Ammy Virk-Asees Kaur in a Blockbuster collaboration like no other. Also Read - Bollywood Stars Weekly Horoscope from September 12 to September 18: Here's what's in store for Ranbir Kapoor, Nayanthara and you as per astrological predictions

On Zaheer's birthday, Sonakshi had called him the most annoying and amazing human being on the planet with a hashtag 'Best Best Friend.' On Sonakshi's birthday, Zaheer reciprocated her feelings by sharing a video of them gorging on food and said, "Happy Birthday Sonzzz...Thank You for not killing me...I Love You ...Here’s to a lot more food, flights, love and laughter...P.s - This video sums up the entire time we’ve known each other."

For the uninitiated, Zaheer Iqbal is from a family of jewellers. He made his debut with Salman Khan produced film The Notebook. His father Iqbal Ratansi is a jeweller. He is a childhood friend of Salman Khan. His sister Sanam Ratansi is a famous celebrity stylist in Bollywood. In the past, he was linked to actresses like Deeksha Seth and Sana Saeed.