Sonakshi Sinha seems to be in action mode these days. The actress just completed the shoot of Force 2 a few days back, post which she released the action-packed trailer of Akira yesterday. And now is all set to be seen in a light-hearted drama, Noor...

The actress will finish the film in one schedule before moving on to her next...

Sonakshi Sinha seems to be in action mode these days. The actress just completed the shoot of Force 2 a few days back, post which she released the action-packed trailer of Akira yesterday. And now is all set to play Noor in a light-hearted drama of the same name. Also Read - It's AWKWARD! Nora Fatehi, Malaika Arora, Urvashi Rautela and more celebs' goofy moments will make you Laugh Out Loud – view pics

The actress will play the role of a young journalist based on Pakistani writer Saba Imtiaz's 2014 novel, Karachi You're Killing Me! Directed by ad filmmaker Sunhil Sippy, the film takes off today and as the shoot begins, Sonakshi shared an adorable selfie from the sets of the film. We see the casually dressed actress holding the Noor clapboard and winking before the first shot roles. The actress also shared a picture with her producers and director too. Also Read - Chhorii Motion Poster: Nushrratt Bharuccha's horror drama on Amazon Prime Video is sure to send chills down your spine

The actress will be seen in a two different looks in the film. While one is a traditional one, the second look is western. Sonakshi looks gorgeous in both the looks and we can't wait to see more rushes of the actress from the film. The actress will shoot the whole film in a month long schedule and the film will release in 2017. Also Read - Trending OTT News Today: Bobby Deol bags another award for Aashram, Shiddat motion poster celebrates the beauty of love, Justin Bieber Our World release date out and more

Talking about the film, a source close to the movie told a tabloid, "While the book is a coming-of-age story of a journalist named Ayesha Khan set in Karachi, Noor will be based in Mumbai and has the eponymous Noor Roy Chaudhary. She is a 20-something journalist. at its centre. It's a beautiful story that follows Noor as she navigates relationships, career, aspirations, life choices, infatuations and body image issues. Every girl will relate to her."

Check out Sonakshi's images below and tell us what you think about them in the comments section below! 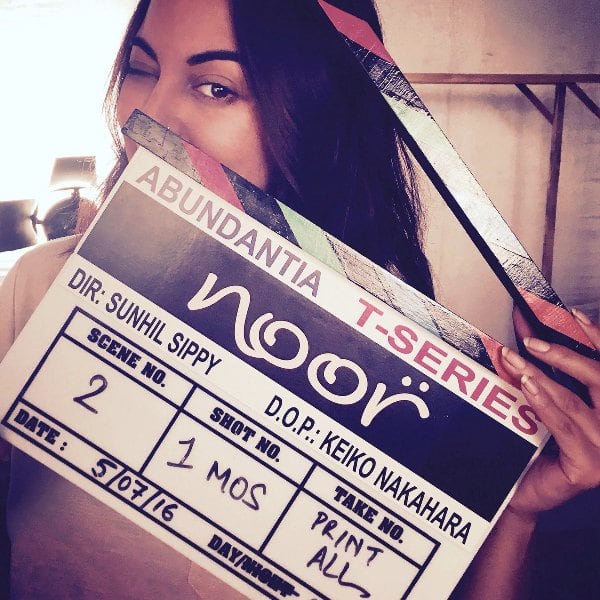 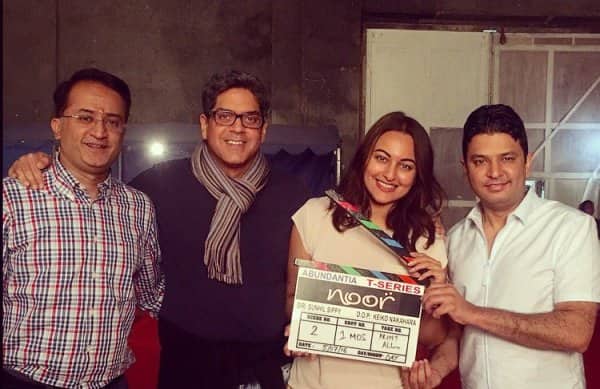 Also check out the Noor flash video in the video right here: