The actress keeps it playful this time round...

Sonakshi Sinha has upped her glam quotient a lot since we saw her in Dabangg. She is increasingly getting stylish and extremely gorgeous. From sporting some really funky wear to keeping it chic, Sonakshi's done it all and with great ease. It also works in her favour that she always keeps her perky, cheery and no-holds-barred personality in mind before choosing an attire. Now how many in the industry can boast about that. So when we saw the recent Vogue cover of Sonakshi Sinha, we were left gaping. She has outdone her previous Vogue stint with this one. 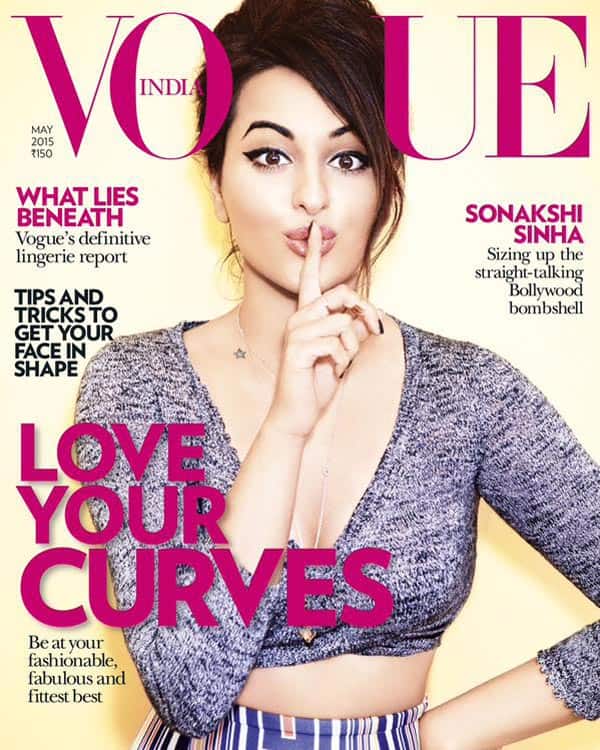 There's a lot of mischief in the photo which is really refreshing. Rather than the usual raunchy poses, it is welcoming to see a cover photo bring out the personality of the star on it. With the hair tied up in a hasty bun and locks falling on her face, Sonakshi is looking candidly beautiful! The Bottega Venetta blue crop top adds sensuousness and a bit of naughtiness as well. If that wasn't enough, the finger on the lips completes this playful photo. Look for the eyes...there is much mystery there. Although the high-waist shorts isn't too visible, but this Hemant and Nandita creation definitely adds more colour to her look. 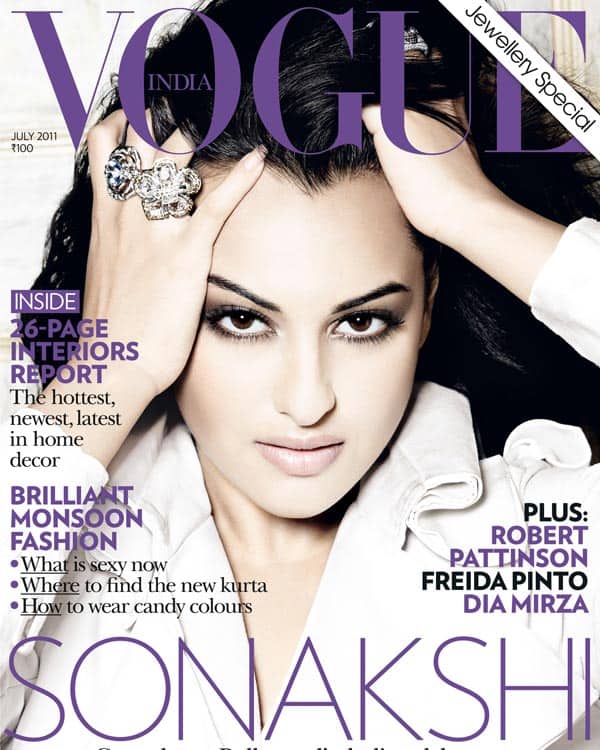 If we take a look at her last time on Vogue cover, it was definitely hot but it lacked Sonakshi's chirpy demeanour. Plus, that's an oft-used pose by many celebs. So we feel this recent Vogue cover says a lot about the girl behind the actress. Do you agree with us?