Sonakshi Sinha and Zaheer Iqbal's rumours relationship have made it to the headlines many times. Now, fans have started speculating whether Zaheer is Sonakshi's fiance. Read on to know more... 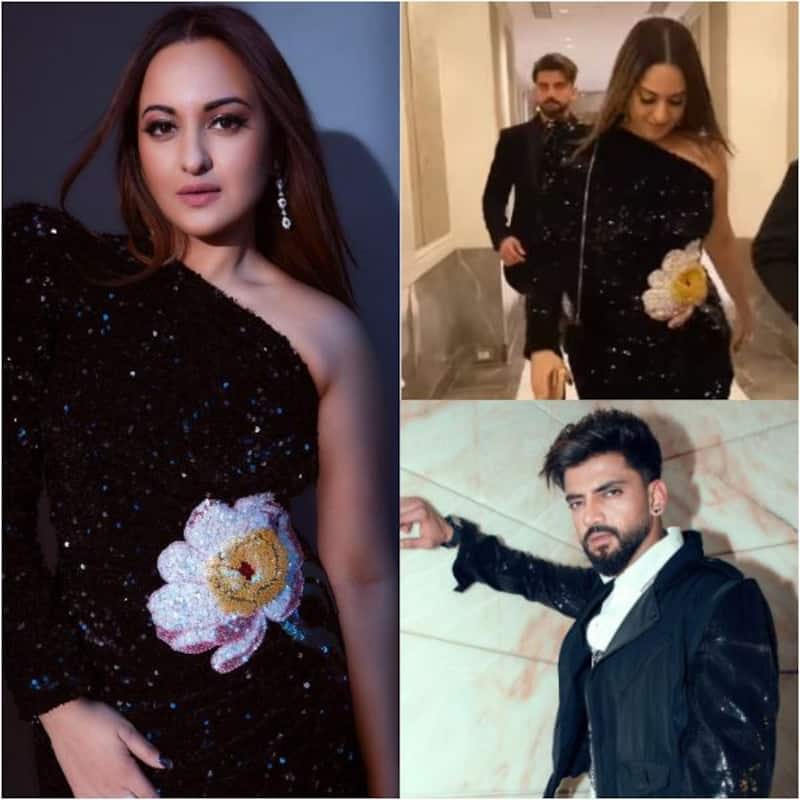 Sonakshi Sinha and Zaheer Iqbal will next be seen together in the film Double XL. But, more than their movie, the two have been in the news multiple times for their rumoured relationship. The actors have maintained that they are good friends, but rumours of their relationship keep on making it to the headlines. Recently, Sonakshi and Zaheer were spotted together at Dinesh Vijan’s sister Pooja Vijan’s wedding, and netizens have already started speculating whether he is the fiancé of the Dabangg actress. Also Read - Laal Singh Chaddha box office collection day 2 prediction: Aamir Khan starrer drops by 30% from day 1; some shows going empty

If you are wondering why everyone is speculating about Zaheer being Sonakshi’s fiancé, let us tell you that it’s because of the actress’ Instagram post that she had done a few weeks ago. The Noor actress had shared a few pictures on Instagram in which she was flaunting an engagement ring. Later, it was revealed that the main attraction of the pictures was the nails as Sona started a press-on nails brand.

Earlier, while talking to India Today about dating rumours, Zaheer had said, "Now it has been so long, I don't even care. I am like okay if you think, then you think. Keep thinking. It's good for you. If it makes you happy that I am with her (Sonakshi), then it is good for you. Then if it makes you upset, I am sorry. Stop thinking about that."

Talking about their movies, Sonakshi Sinha will be seen in films like Double XL and Kakuda. She also has Amazon Prime Video’s web series titled Dahaad lined up. Meanwhile, Zaheer Iqbal was reportedly going to star in Salman’s Kabhi Eid Kabhi Diwali. But, the actor is no more a part of the project. Zaheer made his debut Notebook and has Double XL lined up.