Recent pictures of Sonakshi Sinha made her fans wonder whether the actress is engaged. But, finally, her big secret is out and it is something totally different from what everyone thought. Read on to know more... 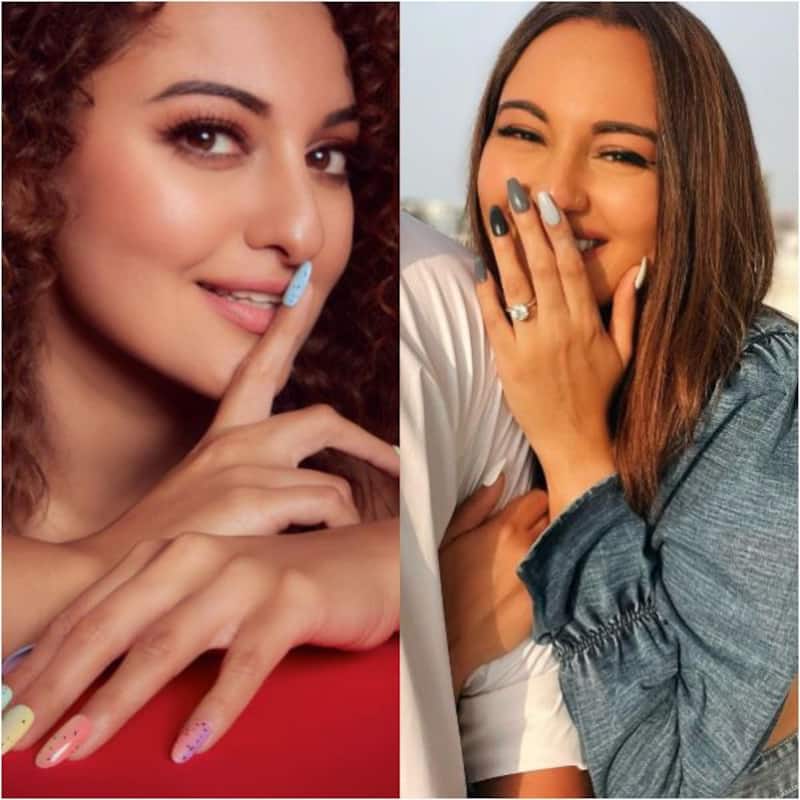 A couple of days ago, Sonakshi Sinha shared a few pictures on her Instagram in which the actress flaunted a ring with a huge diamond on it. She captioned it as, “BIG day for me!!! One of my biggest dreams is coming truuuue… and i cant wait to share it with YOUUUU Cant believe it was SO EZI!!!!” In the pictures, there was also a guy standing next to her but his face is not visible. Sona’s fans thought that she is engaged, however, there were reports about her promoting a brand. Also Read - Aparshakti Khurana reveals what's on his OTT web series binge list [Watch Video]

Now, finally, the big secret of Sonakshi is out. The actress has launched her own brand of press-on nails. She shared a video of the same and wrote, “Ladies… are you ready to take over Hot Girl Summer and #NAILIT with me???? @itssoezi.” In the video, Sona shows some beautiful shades of nails and it’s a very glamorous video. So, all the fans of Sonakshi, who thought that the actress is all set to tie the knot, well your prediction has turned out to be false. Also Read - Trending South News Today: Inside Hansika Motwani-Sohael Khaturiya's haldi ceremony, 'Flop Show BB Telugu' trends on Twitter and more

Talking about Sonakshi’s movies, the actress has films like Double XL and Kakuda lined up. She will also be seen in Amazon Prime Video’s web series Dahaad. Reportedly, the actress has been roped in to play one of the leads in Sanjay Leela Bhansali’s web series Heeramandi which will be streamed on Netflix. However, there’s no official announcement about it. Also Read - BTS: Kim Seokjin trends on Twitter with full blast as he celebrates his 30th birthday; ARMY trips over his cake-cutting skills [VIEW TWEETS]

When Sonakshi shared the picture with the ring on her finger, everyone thought that she is engaged to her rumoured boyfriend Zaheer Iqbal. A few days ago, while talking to India Today, Zaheer had spoken up about the dating rumours. He had said, "Now it has been so long, I don't even care. I am like okay if you think, then you think. Keep thinking. It's good for you. If it makes you happy that I am with her, then it is good for you. Then if it makes you upset, I am sorry. Stop thinking about that.”