Heeramandi actress Sonakshi Sinha shared a blonde look on her social media. It seems from a photoshoot and for the same Sona has got a mixed reaction for her unusual avatar. 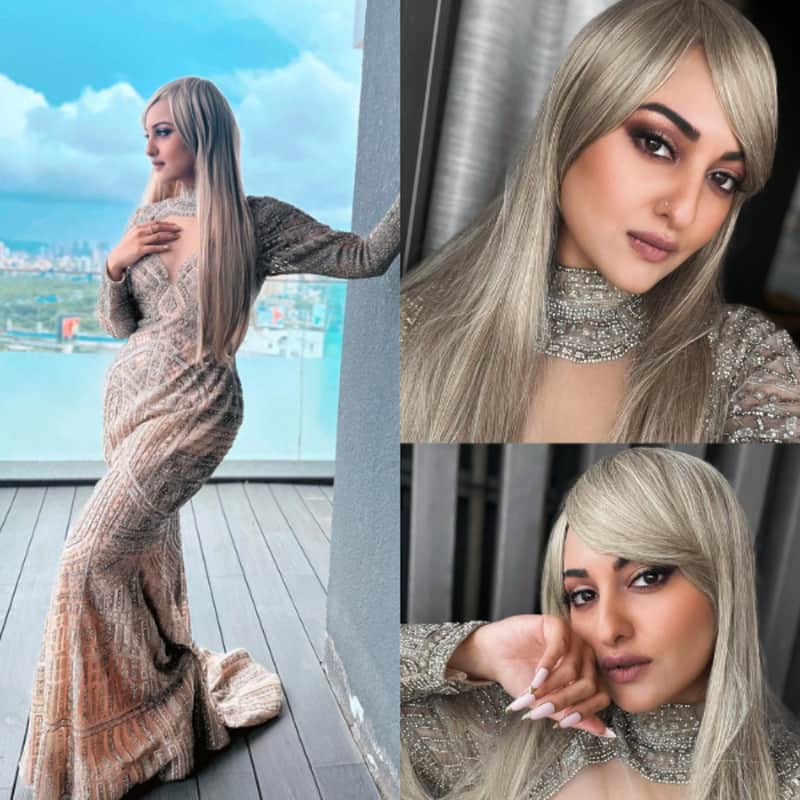 Sonakshi Sinha is one pretty actress. The actress recently grabbed headlines for launching a press on nails line called Soezi. The announcement of her beauty product brand had been kinda misleading wherein she was seen hugging a person and flaunting a huge solitaire on her hand. It had led to the rumours of her engagement. And now, the actress has made news again. It's about her latest Instagram post in which she is seen wearing a blonde wig. Sonakshi Sinha's blonde look is going viral. Also Read - Ranbir Kapoor massively trolled for fat shaming pregnant wife Alia Bhatt; netizens say, 'Such an insensitive person he is'

Sonakshi Sinha shared a couple of pictures online. She has a blonde wig on her head and is seen wearing designer wear. The Dabangg beauty is shooting at a scenic location. Sonakshi opted for a glam look and a heavily embroidered gown. It's not a new look but a look. Maybe it is for a magazine cover. "Not a new look… but its a LOOK! Special shout-out to my bomb hair-makeup-styling team for making sure our little experiments turn out TOP!" Sona captioned the post. Check it out here: Also Read - After Boycott Vikram Vedha backlash; Hrithik Roshan fans come out in support, trend 'Awaiting Roar of Vikram Vedha’ [View Tweets]

Being a starkid, Sonakshi Sinha has been facing a lot of trolling online. She has also been body-shamed online for her post. However, her blonde look has got mixed reactions from the netizens. While some of the netizens loved Sonakshi's new avatar and found it to be interesting, there were the trolls who didn't leave an opportunity to troll her for the same. Some called her buddhi and referred to her look as Game of Thrones from Lokhandwala. Some even said that black hair suits her more than blonde. Some were in awe of Sonakshi Sinha's new look. They dropped hearts and fire emoticons and even called her jalpari (mermaid). Also Read - Raju Srivastava health update: Neighbour prays for speedy recovery; recalls how the comedian remained down-to-earth after getting fame