After making heads turn at the red carpet of the 71st Cannes Film Festival in a custom made Ralph & Russo lehenga last night, Sonam Kapoor Ahuja made quite a few appearances. However, unfortunately, two out of her three fashion choices failed to impress us as we thought that she is playing it really safe this time. But when she stepped out of her hotel room today giving us her third look, we were just floored. After going for a casual and basic look in the morning in blue denims from Bhane (her husband, Anand Ahuja's owned label) and crisp white shirt by Simone Rocha, Sonam turned up her fashion game as she later slipped into a very chic red and white striped dress with a matching belt that camouflaged her Emilia Wickstead ensemble. She kept her hair tied sleekly with a middle parting and kept her makeup minimal. Also Read - Fast and Furious 9: Vin Diesel's film to screen at Cannes 2021 after crossing 250 million dollar mark worldwide

Check out her pictures right here: Also Read - Priyanka Chopra's Cannes debut was a hit and now the Desi Girl is off to a good cause 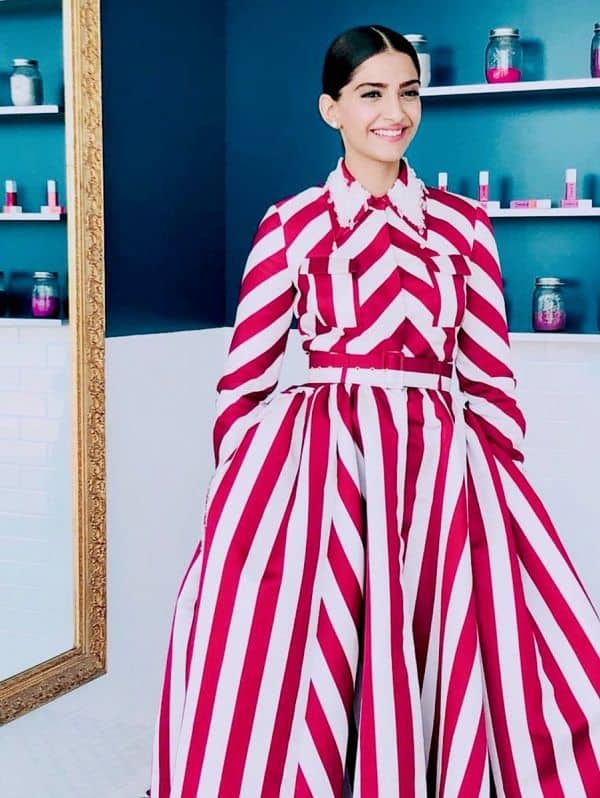 However, Huma Qureshi, who was in Cannes too wore something very similar yesterday. She was seen in a sophisticated candy-striped jump suit by Mother of Pearl. Statement earrings by Misho Designs, a sleek, minimal makeup with a hint of red on her lips and neatly kohl-lined eyes completed her look. ALSO READ: Cannes 2018: Sonam Kapoor’s third fashion outing was a snooze fest 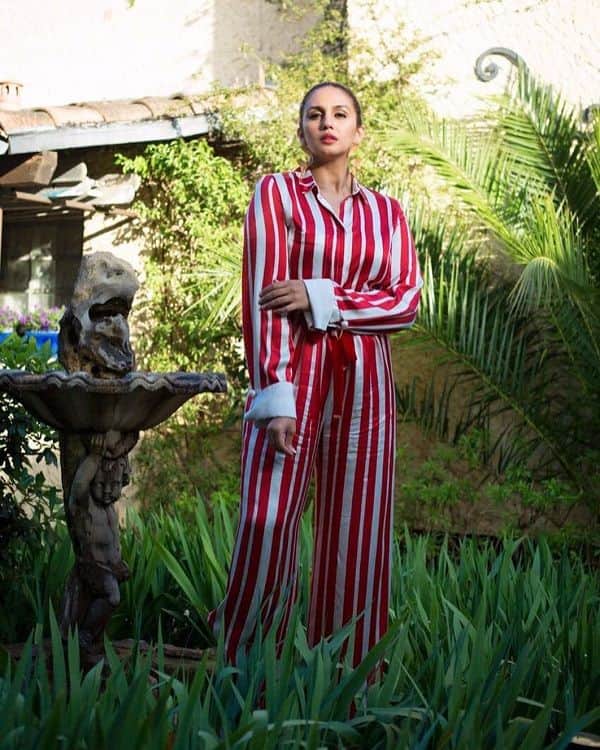 We love such co-incidences as we then get a chance to ask you, our readers that who wore it better. So in this case, who pulled off the red and white striped outfit better? Sonam or Huma? Vote in our poll and let us know.

Huma was at the Cannes Film Festival as a representative of a liquor brand. During her brief trip, she made quite some fashionable appearances. Sonam made her first red carpet appearance as a married woman last night. She is expected to descend on the red carpet of Festival De Cannes tonight as well. Stay tuned as we bring you all the latest updates from the French Riviera.