With wedding bells chiming for her, Sonam Kapoor is not shying away from being spotted with beau Anand Ahuja in the city anymore

With wedding bells chiming for her, Sonam Kapoor is not shying away from being spotted with beau Anand Ahuja in the city anymore. The actress was spotted with her rumoured boyfriend in Mumbai, by the paparazzi today. The couple was looking gorgeous as ever. Well, they might not have confirmed their wedding plans to the public and media yet, but looking at them, we already can't wait to see their pictures on that day. Our sources tell us that they will tie the knot in the first week of May. Also Read - Sonam Kapoor wishes Anil Kapoor-Sunita on their 37th marriage anniversary with priceless throwback pics

Sonam was wearing a beautiful pink Indian dress which we think she was totally rocking. She topped it with a pair of gorgeous danglers that we know her female fans will be looking for online the very next minute. Anand, on the other hand, was dressed subtly as he chose black for the day. Though we have to say, the hint of red with his sling bag is a fabulous add-on to his OOTD. Check out the pictures below! Also Read - Sonam Kapoor and husband Anand Ahuja's palatial abode in London is all about comfort and luxury – view pics 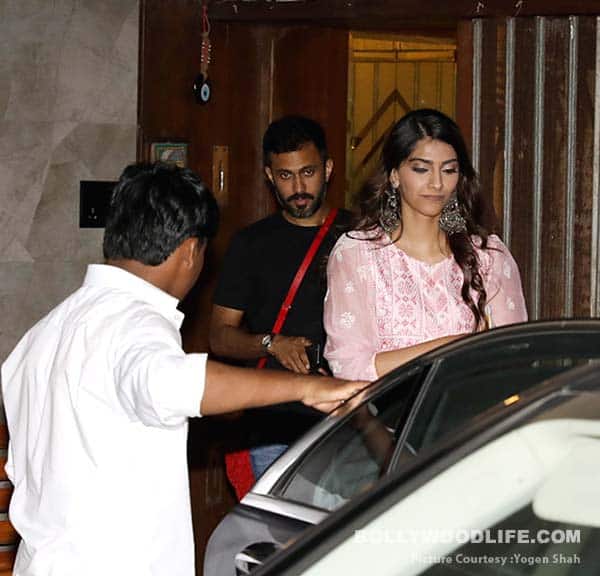 Look at Sonam and Anand not caring about the shutterbugs around them! 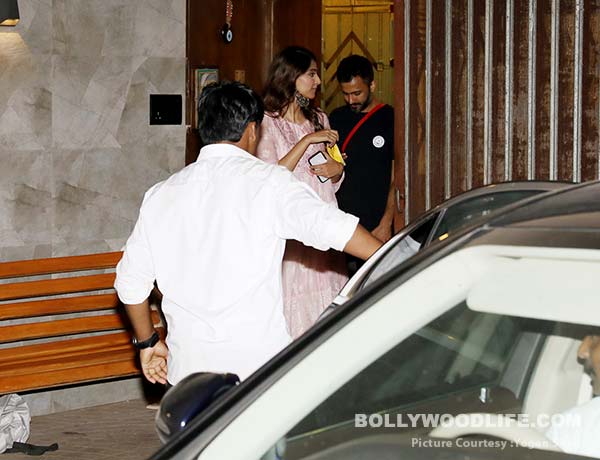 Did you spot Sonam's new hairdo? We are loving that crispy copper colour! 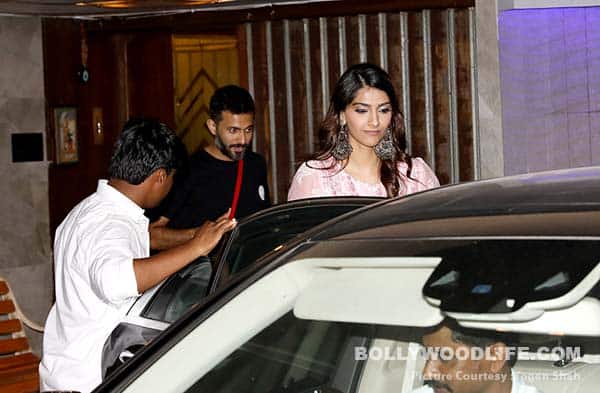 Anand is looking handsome in that salt n' pepper look! 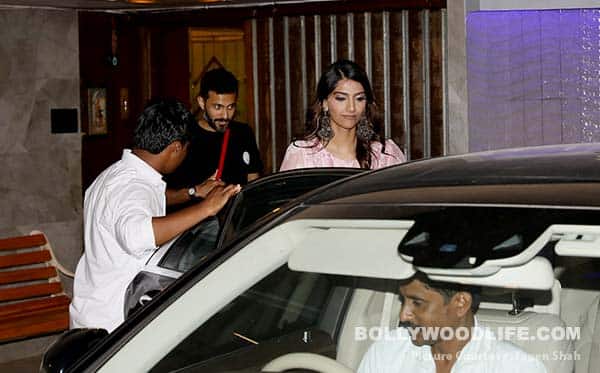 On the work front, Sonam Kapoor will be seen in two more movies, after Pad Man, this year - Veere Di Wedding and the Sanjay Dutt biopic.