Sonam Kapoor and Anand Ahuja reveal NAME and FIRST PIC of their baby boy; say, 'In the spirit of Hanuman, Bheem and Mahadev...'

Sonam Kapoor and Anand Ahuja have chosen a name for their son that resonates with the best aspects of Hanuman, Bheem and Mahadev, including, power, strength, breath and courage 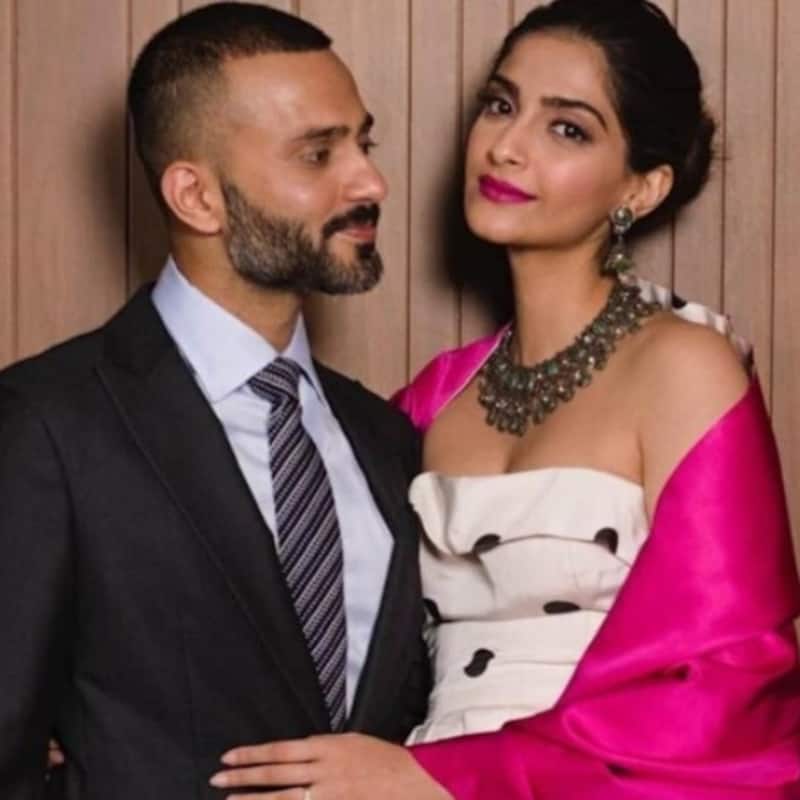 Bollywood actress Sonam Kapoor and her footwear businessman husband, Anand Ahuja, have revealed the name and first pic of their newborn. Sonam Kapoor and Anand Ahuja have decided to make the revelation exactly a month after the birth of their first born. The celebrity couple has chosen to name their son, Vayu Kapoor Ajuja, and the name has been chosen by the parents after much contemplation and deliberation as per sacred Hindu texts and scriptures. Sonam and Anand have revealed that they've opted for the name Vayu “in the spirit of courage, strength, breath and power, embodying the best facets of Hanuman, Bheem and Mahadev”. Also Read - Salman Khan's Tiger Zinda Hai director Ali Abbas Zafar and wife blessed with a baby girl; reveals daughter's name with a sweet note [READ HERE]

The proud parents also shared the first pic of their 1-month old baby boy, Vayu, on both their official entertainment news Instagram handles. Sharing the pic, Sonam Kapoor and Anand Ahuja wrote that Vayu has been named in keeping with the spirit of the force that has induced new meaning to their lives, and also keeping in mind the spirit of all that's life-giving, sacred and will perpetually remain their, adding that they seek everyone reading the post to shower their infant with love and blessings. Also Read - From Sonam Kapoor in hospital to Shah Rukh Khan's ageing look: 7 FAKE pictures of Bollywood stars that went viral in no time

Elaborating on the choice of their name, Sonam and Anand added that Vayu acts as a guide of all things intelligent and all life across the cosmos, which also serves as an amalgamation of deities like Praana, Indra, Shiva and Kali, underlining how the name can breathe life into any being, but also function as a force that fells evil. They ended their post by emphasising how Vayu is “heroic, brave and mesmerisingly beautiful”. Also Read - Tiger 3 star Salman Khan to Brahmastra actor Ranbir Kapoor: Here is a list of Bollywood celebs and their favourite street food

BollywoodLife wishes their baby the best of health.