Sonam Kapoor and Johnny Depp in Pirates of the Caribbean 5...really? 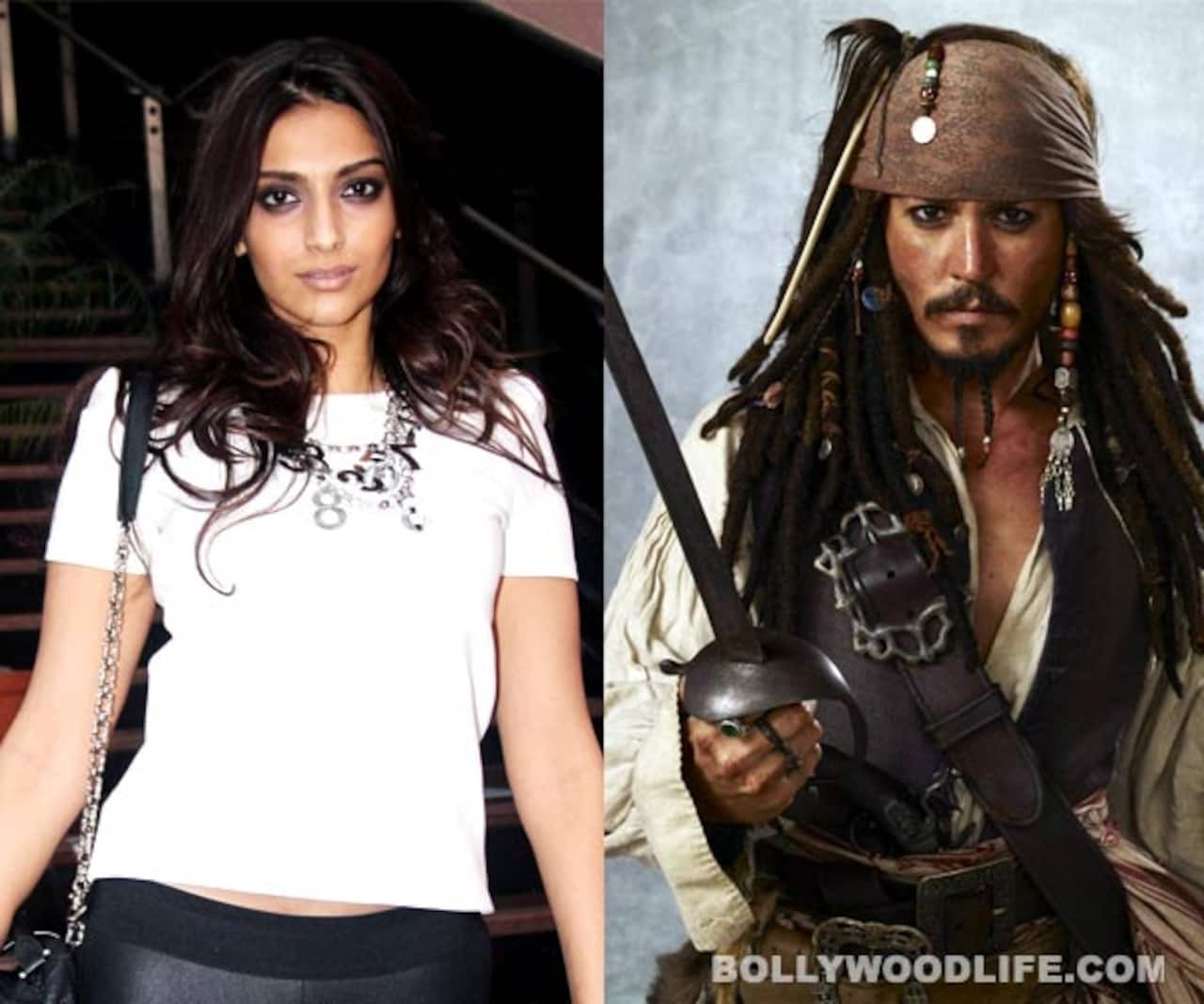 Sonam Kapoor was rumoured to be headed to Hollywood, helped by her father Slumdog Millionaire actor Anil Kapoor. She had denied signing any film in the West, though. But today we read reports that she has auditioned for a role in Pirates of the Caribbean 5, opposite none other than British superstar Johnny Depp. The acting test apparently took place in the suburbs of Mumbai, with video conferencing and all. Smirk. Also Read - Alia Bhatt to Kareena Kapoor Khan: A look at transformation of Bollywood mommies before and after baby will leave you amazed

Really! What will Sonam do opposite an acting powerhouse like Depp? We wonder if the makers are considering the Bollywood star for her fashionista status, or for being the daughter of the stalwart Kapoor. Or, is she to play an Indian princess - remember Mallika Sherawat in Jackie Chan's The Myth? For all you know, Sonam might just be doing a cameo, like Papa-dear did in Mission: Impossible - Ghost Protocol, where you missed him if you batted an eyelid. But come to think of it, pretty face Keira Knightley also managed to act in front of Johnny in Pirates. So maybe Sonam has a chance; and she does have lovely long legs that can be shown off in those skimpy, artfully tattered costumes.... Also Read - Worst dressed celebs of the week: Sonam Kapoor, Alia Bhatt and Urfi Javed's outings in black were anything but classic

Co-directed by Joachim Rønning and Espen Sandberg, the fifth instalment of Pirates will go on the floors in 2015. So wethinks Sonam has ample time to attend some acting classes, no? To be fair, the actor was appreciated in her recent release Bhaag Milkha Bhaag. Question is, is that enough for a big-budget Hollywood film? Also Read - Sonam Kapoor, Dia Mirza, Soni Razdan and more celebs look stylish at Masaba Gupta, Satyadeep Misra's wedding bash

P.S.: A birdie tweeted that Tara Sharma Saluja had also auditioned for the same role!