The trailer hit the web yesterday! Read on to know what made Sonam teary eyed...

By now everyone must have seen the heart touching trailer of Neeraj biopic starring Sonam Kapoor that hit the web yesterday! While we knew the film will be one of the most awaited ones, but the trailer has left us increasingly in awe of Neerja played by Sonam who looks the part just right!For all that we know, the film revolves round a fearless flight attendant Neerja, who slayed her life while in a battle with terrorists in 1986. All of 23 and she did something most of us will either think 100 times to do or won’t bother at all. She saved people even when her life was at risk. This seems to have moved Sonam , who simply couldn't hold back her tears while she was narrating the story, at the trailer launch yesterday! 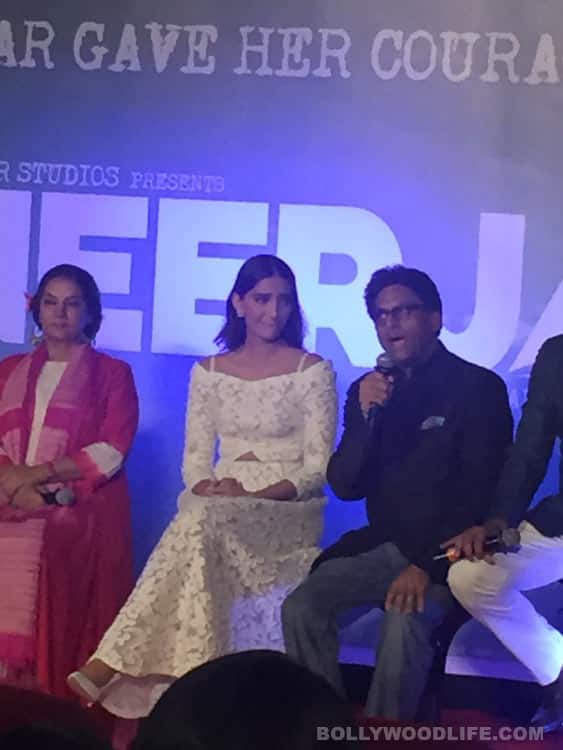 Yes! Sonam broke down as she was informing the media about Neerja's courage and why her story deserves to be showed and loved! Talking about how she relates to Neerja, Sonam said, "One thing I found out was the attachment to the family. And about her principles! It's very easy to go in the grey area especially in an industry like this!. I dunno how to top this experience."

Directed by Ram Madhvani, Neerja is all set to hit the screens on February 19, next year! The film also stars Shabana Azmi and composer-singer Shekhar in lead roles! Do come back to BollywoodLife for more updates!