The fashionista will soon be seen walking the red carpet and representing L'Oreal at Cannes 2015. We can't wait, can you?

If there's anyone who has been consistent in flooring many with her smashing appearances, it's Sonam Kapoor hands down. There is a reason why the actress is term as Bollywood's fashionista and India's leading fashion icon. We all remember the black Elie Saab number which the Khoobsurat actor rocked last year at Cannes. We simply can't wait to see what Sonam will pull off this time. But the beauty gave us a hint and EXCLUSIVELY told BollywoodLife that she'll be wearing something quirky this year. Hmmm, interesting eh? We have already seen Katrina Kaif's much waited debut at Cannes 2015 where the beauty walked the red carpet in an Oscar De La Ranta number on day 1 and an Elie Saab red gown on Day 2. As we told you, L'Oreal's other representative Aishwarya Rai Bachchan has already left for Cannes and so has our very own Sonam! Also Read - Nawazuddin Siddiqui's Miyan Kal Aana headed to California for Palm Springs International Film Festival

The actress likes to keep her fans updated on her whereabouts and was seen doing the same where she posted a seflie on her Instagram account right before boarding her flight for Cannes! The photo caption read,"#happygirl ready to take the flight to Cannes selfie!" Also Read - Will Inside Out be Disney’s big shot for the best animated feature at next year’s Oscars?

She also posted a picture of herself when inside the airport and later clicked a selfie, as she was waiting for her flight and was super sleepy. Aww! Also Read - Will Inside Out be Disney's big shot for the best animated feature at next year's Oscars? 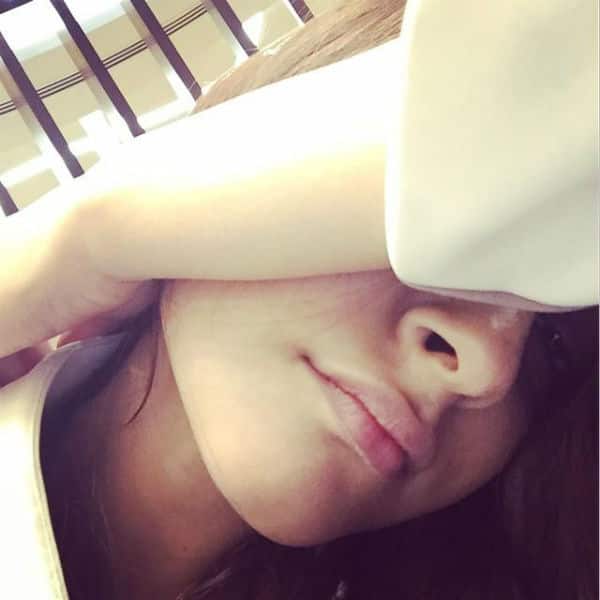 The beauty will be seen walking the red on May 16 and 18. Stay tuned to see pictures of her red carpet appearance right here on BollywoodLife!