Sonam Kapoor has a unique way of sharing her personal and professional life -watch video to find out!

Sonam Kapoor took to social media to share that she has a surprise in store for her fans and media. We know what she s hiding!

You heard that right!

Till yesterday everyone was wondering the reason behind Sonam Kapoor’s recent weird behaviour which was brought to light by a video she shared along with her good friends and sister. Also Read - Ellipsis Entertainment issues a statement addressing sexual harassment charges on Atul Kasbekar

The actress took to social media to share that she has a surprise in store for her fans and media. It was only a little after midnight on Thursday that the actress let the kitty out of the bag. So Sonam Kapoor, like the Kardashians and Jenners, is going to launch an app of her own. In a video shared by her last night, Sonam declares that people come to know of many scoops and gossip through sources, however, she has now taken things in her hands and will be giving exclusive pictures and scoops live from her film sets and photoshoots. Hmmm, looks like the actress will now don the hat of a reporter too. Interesting, let’s see how that turns out! Also Read - Rishi Kapoor reacts on Nirav Modi's PNB Fraud Case 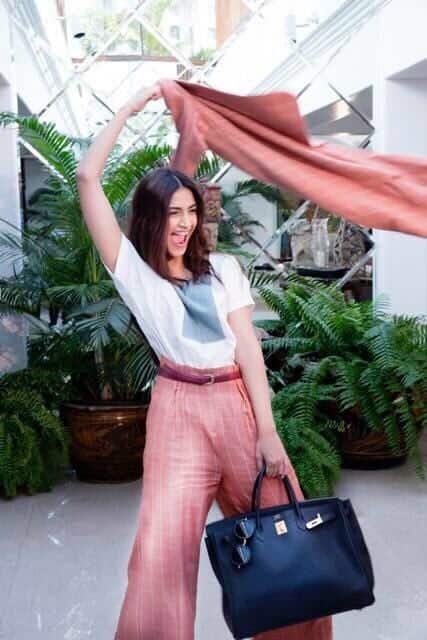 Previously another video saw Sonam acting all weird amidst fashion photographer and Neerja producer Atul Kasbekar, make-up artist Namrata Soni, actress and friend Swara Bhaskar and her sister Rhea Kapoor. With questions like “Is it her phone” and “What’s she smoking,” Sonam tried to keep the secret from us for a long time.

The actress will unveil the app today, which will now become a hangout spot for all Sonaholics. Stay tuned to know more details on her app and more!