Bollywood actress and fashionista is one of the celebs, who is known for giving epic replies to trolls on social media, has once did it like a boss. A US-based blogger recently called Sonam a pure product of nepotism and his husband ugliest as she wrote, "You will mostly not read this message but shame on you. You talk fake sh*t about patriarchy and feminism. Women like you bring negativity to the society. You are nothing without your dad and I am glad the Indian community in India as well as around the world is starting to realise and now ignoring so-called "actresses" like you. You don't even know how to act. Pure product of nepotism. One more thing: you think your husband is hot? I think you should look at him once more cuz he is the ugliest." Also Read - Cannes worst dressed divas: Aishwarya Rai Bachchan, Deepika Padukone, Sonam Kapoor and more who failed to impress 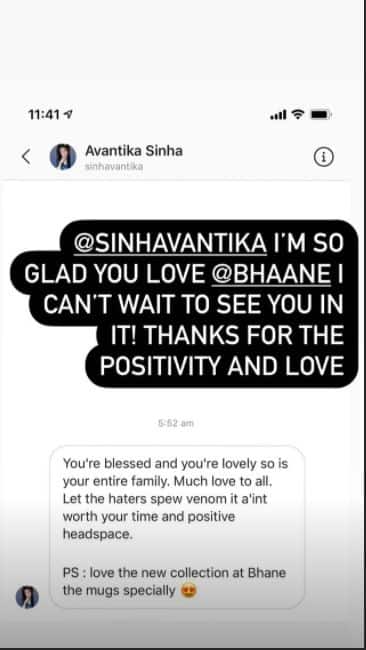 To which Sonam replied, "I hope you get followers through this post, as I know that’s what you wanted by my attention. This girl is an influencer in America and is saying the most vile things to me. Is this how people's minds really work? It's awful and painful to hear things like this. to carry so much hate in their hearts must really damage them. another reason they post this stuff I know is for attention and unfortunately I'm tagging her because I think by giving her something she wants may make her kinder for the day to someone else." Also Read - Priyanka Chopra, Tejasswi Prakash, Urfi Javed and more actresses who pulled braless blazer trend and set temperatures soaring with their hot avatars

Later, the actress said that she will share some happy messages as there more positive people than the negative one and posted some positive replies on her Insa stories. On the work front, Sonam Kapoor was last seen in The Zoya Factor, which also featured Dulquer Salmaan, Angad Bedi and Sanjay Kapoor in pivotal roles. It was directed by Tere Bin Laden and The Shaukeens helmer Abhishek Sharma.