Cannes 2018: Sonam Kapoor Ahuja in a nude Vera Wang gown for her second red carpet appearance is an epitome of grace and poise

And needless to say, we are loving what we are seeing

After making heads turn at the red carpet of the 71st Cannes Film Festival in a custom made Ralph & Russo lehenga last night, Sonam Kapoor Ahuja made quite a few appearances today. While two of her three looks were boring, thankfully she redeemed herself with the third look. But more than these, we were waiting to see what will she wear for her second red carpet appearance this year. And she did not disappoint at all. Sonam slipped into a nude corset bodice gown with a voluminous tulle skirt with a contrast yellow train from Vera Wang's 2019 bridal collection. She tied her hair in messy updo and completed her look with mauve toned lips, highlighted eyes with the hints on yellow and statement earrings from Chopard. Also Read - Cannes 2019: Here's when Aishwarya Rai Bachchan, Deepika Padukone and Sonam Kapoor will walk the red carpet

The fact that she picked up a lehenga first and then a gown from the designer's bridal collection is proof that Sonam is still hungover with her own wedding. But hey, we are not complaining. Those days were special for her, so we are not surprised. Also Read - Say what! Beyonce wears the custom-made fuchsia gown that Deepika Padukone had worn for her Cannes outing earlier this year - view pics 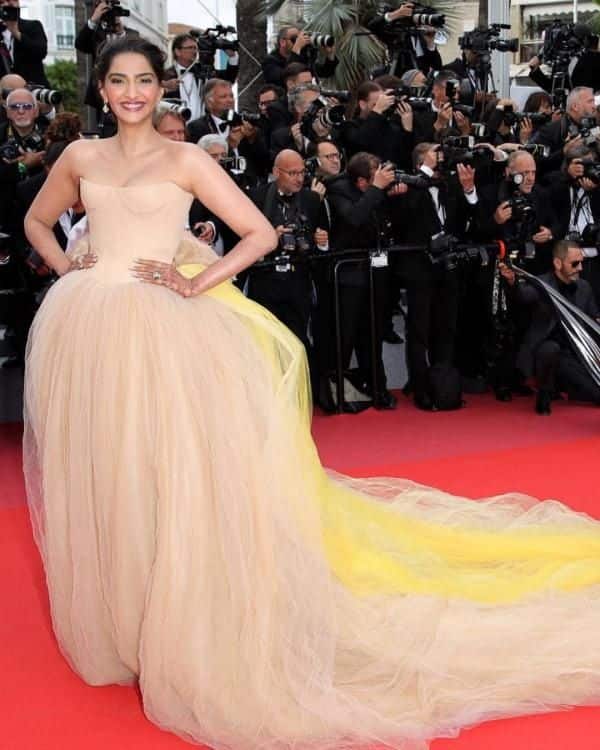 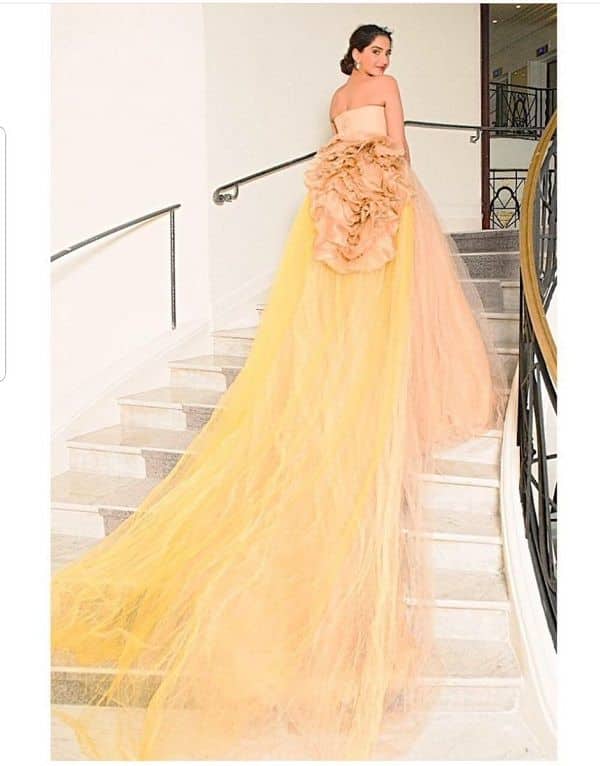 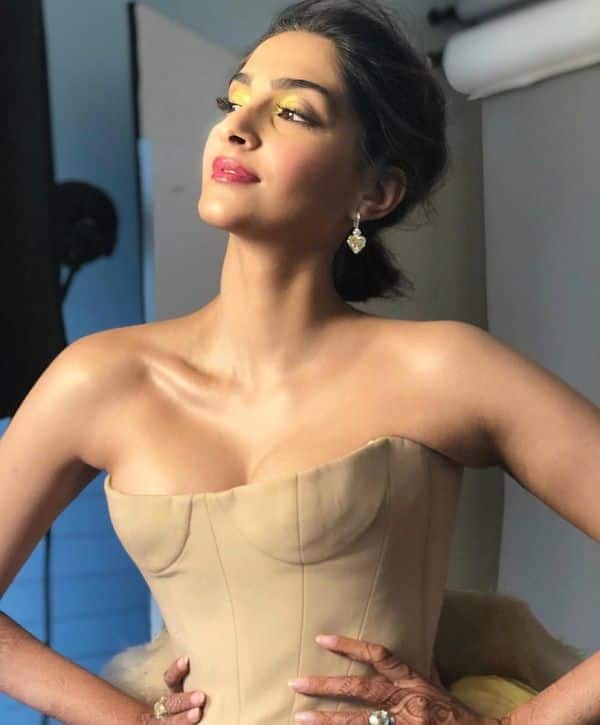 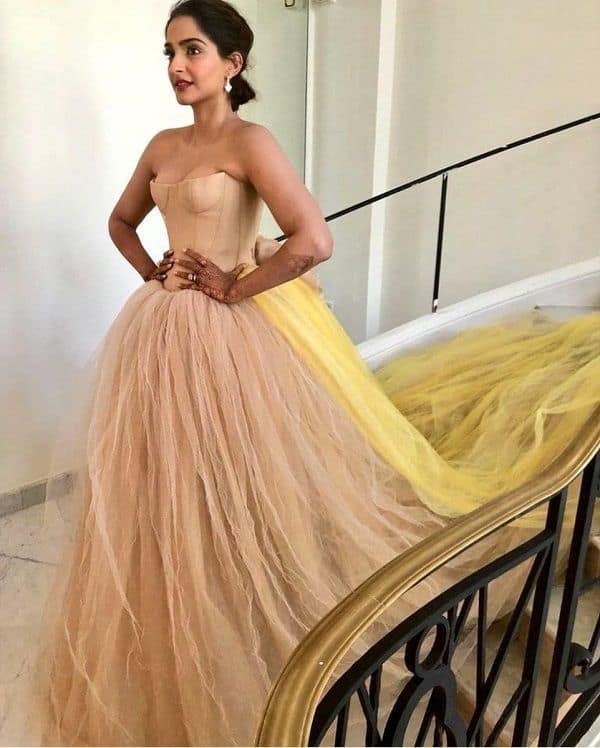 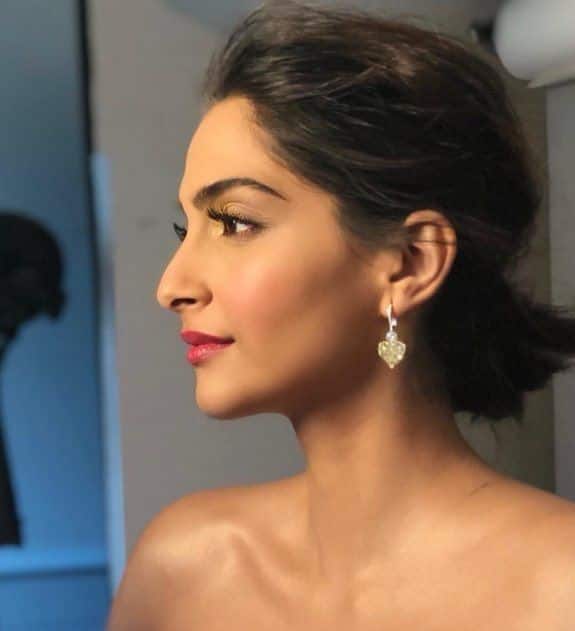 She has been styled by her sister Rhea Kapoor (who isn’t accompanying her this time) and Deep Kailey. Sonam Kapoor flew out of India last night minus her husband Anand Ahuja. This is Sonam’s eight appearance at the Cannes Film Festival. This was her second and final red carpet appearance this yeat. She is representing a cosmetic giant, the same one that hosted Deepika and Aishwarya at the festival this year. ALSO READ: Sonam Kapoor Ahuja or Huma Qureshi – who wore the red and white stripes print better at Cannes?

Tell us how did you like Sonam’s second red carpet appearance at Cannes Film Festival post her marriage? Let us know in comments below and stay tuned to BollywoodLife for all the updates from French Riviera.