Sonam Kapoor was in a foul mood at IIJW 2015's recent event- find out why!

Buzz is that Sonam was angry due to a certain string of incidents which took place at IIJW's recent event. Read on to know more!

When it comes to the game of fashion, Sonam Kapoor is simply flawless. Be it pulling off quirky, chic style statements or walking the ramp to represent a designer's creation, Sonam nails it every time. The actress looked breath taking at IIJW 2015's recent event as she walked the ramp in a gorgeous legenga by Shyamal and Bhumika, teamed with a heavy jhumkas. The beauty looked royal and stunning like never before! Also Read - IIFW 2015: Chitrangda Singh and Juhi Chawla’s ‘Desi Look’ is a head turner- view pics! 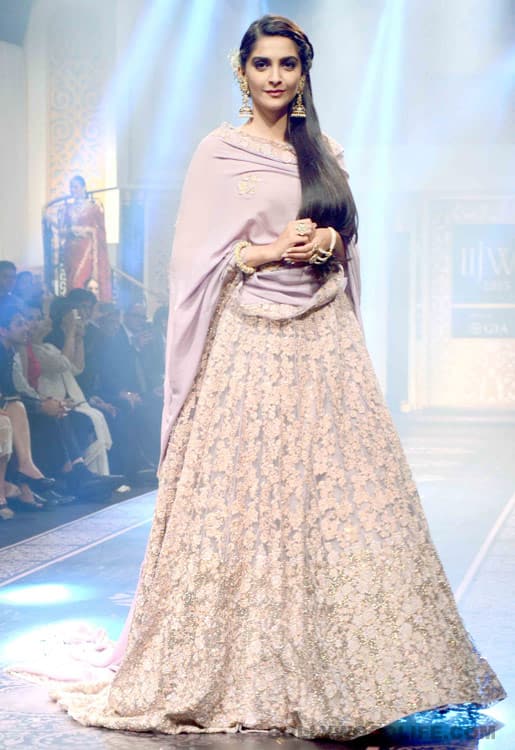 Even though Sonam was all smiles and managed to floor us with her beautiful form, the real picture was very different. We hear Sonam was pissed and in a foul mood at the IIJW event!

If reports are to be believed, Sonam was supposedly miffed with the fact that she wasn't allowed to speak on stage and was not informed in advance that she had to share the limelight with a few other dignitaries. A source while talking to a popular entertainment daily revealed," Sonam was the star of the evening, but on stage, she was made to share the limelight with several other dignitaries. She didn’t complain. Then, she was made to wait on stage as the dignitaries gave their speeches one after the other, although Sonam herself wasn’t given a chance to speak. And to top it off, it was suddenly announced that Sonam would walk the ramp. Being a professional, she did whatever was required of her, but her annoyance was evident. Soon after, she chose to leave the event without creating a fuss."

Well we certainly don't blame Sonam for being pissed at the unprofessionalism shown by the event planers. We hope she is in a better mood now!